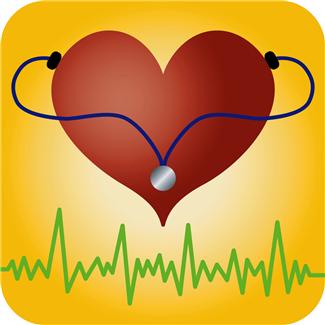 Research into heart disease in the Granite City will be given a boost today (Thursday November 17) thanks to the fundraising effort of Aberdeen business women.

Members of the Zonta Club, an international organisation for business and professional women, will host a charity lunch in aid of the Aberdeen Cardiovascular Research Centre.

The Centre, established by the University of Aberdeen in partnership with NHS Grampian, facilitates cutting edge cardiovascular research led by academic cardiologists seeking to improve our understanding and treatment of heart disease, contributing to the fight against one of the most common causes of death in Scotland.

It is led by Professor Michael Frenneaux, the Regius Chair of Medicine at the University of Aberdeen, and since it was established two years ago has grown to include 17 members of staff ranging from clinical academics, technologists, sonographers, physicians and research nurses to PhD students.

Cardiovascular disease is the UK’s biggest killer and is responsible for more than one in four deaths of men, and one in five deaths of women, before the age of 75.

Dr Dana Dawson, who works alongside Professor Frenneaux at the Aberdeen Cardiovascular Research Centre, will talk to Zonta club member’s about their work at the charity lunch, to be held at the Marcliffe at Pitfodels Hotel.

She said: “Our aim is to perform research in cardiovascular disease. We look at novel diagnostics for heart diseases, possible new treatments of very common cardiac conditions such as heart attacks, and are building up new investigative techniques.

“Heart attacks are one of the most common presentations at A&E departments. During an attack blood flow to the heart is interrupted and the heart muscle suffers damage as a result.

“One of the things we are looking into is the use of a substance called ‘nitrate’ which helps the heart to work more effectively and could reduce the long-term damage caused by an attack.

“I will talk about research we are doing in the is area, which could also have implications for patients who suffer a shortage of blood supply to other areas such as the legs, and about investigative work into patients with the heart muscle disease called cardiomyopathy.”

Zonta Club president Patricia Ross said the decision to support the Aberdeen Cardiovascular Research Centre was made following the success of fundraising for Alzheimer’s Research UK.

“For the last two years we have supported Alzheimer’s Research UK and raised more than £16,000 from two annual charity lunches. We wanted to continue to support research here in Aberdeen and heard about the cardiac centre.

“We all know someone affected by heart disease and Scotland has some of the highest rates in the UK so it seemed very appropriate.

“212 people attended last year’s lunch and we are hoping for the same number again so are optimistic we can raise a similar amount to support the work of the centre.”

For further details about the work of the Zonta Club and the charity lunch please contact Patricia on 01224 575 910.