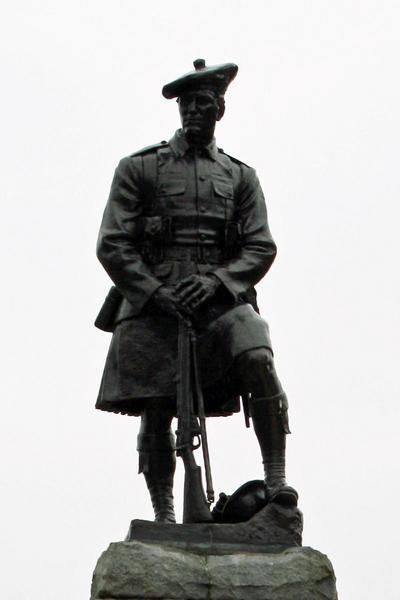 Three Aberdeen surgeons will give an insight into the challenges faced by the nation, the soldiers and the medics of the First World War at a special Remembrance Day event taking place at the University of Aberdeen tonight (Friday, Nov 11).

Britain was ill-prepared for a European conflict in 1914. After only a few months of war, Britain’s small regular army had all but ceased to exist. The urgent need for more soldiers meant Territorial Divisions, newly formed Volunteer Divisions, and then conscripts were sent to the frontlines.

At a talk taking place at 6pm tonight at Aberdeen’s Suttie Centre on the Foresterhill health campus, the first of three speakers, retired orthopaedic surgeon Tom Scotland, will discuss how the Western Front was formed, and how the nation responded to the demand for more men as events unfolded on the frontline. .

Mr Scotland, who is passionate about the history of the Great War and taught generations of orthopaedic trainees World War I poetry as well as instruction in hip and knee replacements, will make particular reference to the response of the North east of Scotland. He will also spend time reflecting on how the dead came to be remembered on this Armistice Day.

U Company was a unique group of soldiers, with strong bonds of friendship forged as a result of their association with the University of Aberdeen.

The Company suffered devastating casualties while attacking German positions at Hooge near Ypres on September 25, 1915. So many were killed, wounded and missing, that survivors of this close-knit group were then dispersed to different units afterwards.

Professor Heys, who has joined Tom on a number of cycling tours of Great War sites, including the area where U Company fought, will explain exactly what happened to them.

Mr Holmes will tell of the ordeal of George Napier Florence (1898 -1964), a young soldier of 5th Gordon Highlanders from Peterhead, who suffered appalling facial wounds at the Battle of Arras in 1917.

Using Mr Florence’s case history as an example, Mr Holmes will focus on the groundbreaking achievements of surgeons who developed new skills to rebuild the faces of soldiers with severe facial wounds, in what was the birth of modern plastic surgery.

During research for his presentation, Mr Holmes obtained the original case records of this soldier, and with the permission of his grand-daughter Diane Florence, will discuss in detail the operations needed to successfully reconstruct his face.  The soldier’s granddaughter Diane Florence is attending tonight’s event.

Diane, who is originally from Aberdeen, is looking forward to hearing about her grandfather at tonight’s event.

She said: “It’s wonderful to think that the pioneering surgical procedures that my grandfather went through for his trauma did help change the way plastic surgery treatment has developed and is delivered today.

“I think my grandfather would have been very proud that people are still interested to hear about the experiences of First World War soldiers like him. I’m certainly very proud of my grandfather.”

There are 10,821 burials in this huge cemetery - all but 22 are identified. During the Great War, there were four Casualty Clearing Stations immediately adjacent to the cemetery at a farm called Remy Siding, where the wounded were treated.

George Sutherland`s father Walter worked at Canadian Casualty Clearing Station Number 3 at Remy Siding.  He stayed on after the war and became one of the first gardeners at Lijssenthoek.

George will be accompanied tonight by his son Alex, who has also spent his lifetime working for the War Graves Commission.

George has formed strong bonds with Aberdeen, firstly as a result of his association with school pupils and teachers at Oldmachar Academy, and secondly, through his links with the University of Aberdeen through the many medical visitors he has met at Lijssenthoek on ‘Scotland`s Cycling Tours of the Western Front’.

Professor Heys said: “It should be a fascinating evening, with something in the presentations to interest everyone, from history to poetry to art, and, most importantly stories of the men of the North-east who gave so much for their country.

“We very much look forward to seeing Diane, George Florence’s grand-daughter, who has been a tremendous help with research.

“We are also delighted that our event will acknowledge the contributions of three generations of Sutherlands of Lijssenthoek who looked after the War dead, some of whom were from the North-east of Scotland.

“Some of these men may even have been buried by Walter Sutherland, since one of his daily tasks was to take the bodies of those who had died the previous day from the mortuary, and bury them in the rapidly enlarging adjacent cemetery.”

·         Tonight’s event is fully booked but it will be recorded and available for viewing on the University website at a later date.