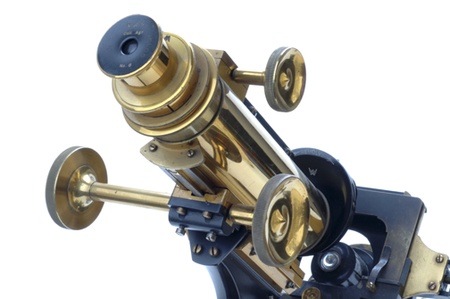 A £250,000 project to ‘unlock’ the secrets of some of Scotland’s greatest museum treasures has gone ‘live’.

Over two years nine Scottish universities, led by the University of Aberdeen, have collaborated on the Revealing the Hidden Collections project to digitally catalogue more than 1.8 million objects in some of the nation’s most important collections.

For the first time these can now be searched through a dedicated website (http://www.umissearch.org.uk/) and through internet search engines.

Scottish universities hold a high proportion of Scotland’s nationally important collections – more than 1.8 million items, holding 32% of the country’s materials on the history of science, 31% of the nation’s coins and medals, 24% of its fine art, 20% of natural science collections and 18% of its world culture collections.

Collections in four universities, including the entire holdings of the Universities of Aberdeen and Glasgow, have recently been recognised as nationally important.

However, it has been difficult for people to discover what was in these collections. Each institution holds its own unique databases, many of which were not online, and not everything had been catalogued.

The project has created descriptions of all the Accredited museum collections in Scotland’s universities. These records, alongside all existing electronic records relating to individual items, mean that many thousands of new records are now available through a single online search.

Users will find over 2000 records that categorise groups of objects by a common theme, such as subject, geographical association, donor, or object type. There are also over 170,000 individual object entries providing information such as physical descriptions and provenance, while 1000 images are being made available for selected objects.

A partnership with the Collections Trust, an independent UK-based organisation working with museums, libraries, galleries and archives worldwide to improve the management of their Collections, also allows project data to be searched through their online service the Culture Grid, via Google and through Europeana, a Europe-wide cultural database supported by the European Commission.

Neil Curtis, Head of Museums at the University of Aberdeen and project manager said: “The collections are of exceptional importance to the nation but before the project less than eight per cent of collections could be viewed on the web.

“The internet is now an important research tool, for school children, academics and those with an interest in a particular subject but they had few ways of discovering what we hold, or viewing it.

“This has been a remarkably successful project that has shown both the riches of the museum collections in Scotland’s universities and the benefit of university museum staff working closely together to provide access to as wide a public as possible.

“It is particularly gratifying to see Aberdeen’s collections displayed alongside those of other universities, enabling people to discover material that is spread among a number of institutions. For example, there are works by the painter SJ Peploe in Stirling, Dundee, St Andrews, Glasgow and Edinburgh as well as Aberdeen, while there are Ancient Egyptian mummies in both Glasgow and Aberdeen.”

All collections are now searchable through the UMIS search portal at http://www.umissearch.org.uk/.

The Revealing the Hidden Collections is funded by the Scottish Funding Council’s Strategic Priority Investments in Research and Innovation Translation (SPIRIT) grant.  This grant scheme aims to support collaborative and demand-driven projects emphasising knowledge exchange between higher education institutions and the general public.  The Scottish Funding Council is responsible for allocating £1.7 billion of public funds each year to colleges and universities in support of Scottish Government priorities. The Council’s funding contributes towards the costs of learning and teaching, skills development, research, innovation and other costs such as staff, buildings and equipment in Scotland’s 20 universities and higher education institutions (HEIs) and 43 further education (FE) colleges.

University Museums in Scotland (UMIS) seeks to foster the preservation, care and interpretation of historical and cultural collections in Scottish Universities, and to promote the interests of the collections.

Through the Museums Galleries Scotland Recognition Programme, Scottish universities have been acknowledged as holding a substantial and disproportionately high representation of the nation’s scientific and cultural heritage.  Scottish universities hold 32% of the country’s materials on history of science, 31% of the nation’s coins and medals, 24% of its fine art, 20% of natural science collections and 18% of world culture, all with a disproportionately high representation of nationally- and internationally-important items.