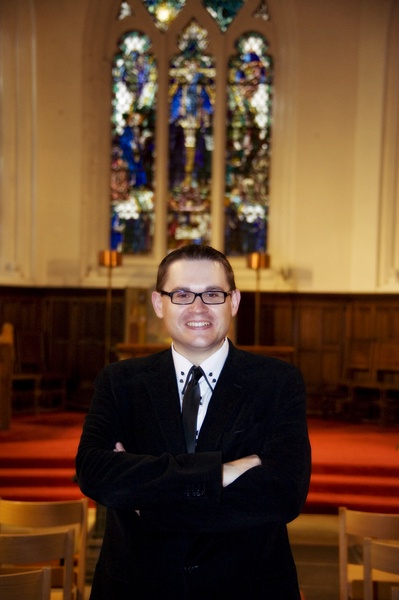 The fourth Aberdeen Music Prize takes place this weekend (November 4-6) with a packed programme of events for the whole family.

Organised by the University of Aberdeen and the BBC Scottish Symphony Orchestra, the Aberdeen Music Prize has a growing global reputation and is now regarded as one of the most important contemporary music prizes in the world.

The 2011 competition will be judged by the distinguished British composer Julian Anderson and will end with a showpiece gala concert at the Cowdray Hall on Sunday November 6.

But before the winner, in line for £5,000 in the form of a commission for the BBC SSO, is announced, music fans and budding composers can take advantage of a host of free events to mark the occasion.

This year, the Aberdeen Music Prize has teamed up with the sound Festival to offer more events than ever before.

The weekend gets underway on Friday (November 4) with the BBC SSO concert at the Music Hall.

In addition, at 1pm there will be a free performance by the University’s Geoff Palmer on cello and Pete Stollery, electronics, at Aberdeen Art Gallery, followed by a performance by Scott Dickinson, principal viola of the BBC SSO at Migvie Church Hall, Migvie, Tarland, at 3pm.

At 6.30pm Mr Anderson will present a selection of his own work at King’s College Chapel, University of Aberdeen.

On Sunday (November 6) Professor Paul Mealor will share his work - premiered at the marriage of the Duke and Duchess of Cambridge -  with the congregation at King’s College Chapel.

Professor Mealor, who is also Director of the Aberdeen Music Prize, said: "We have a fantastic programme of events lined up and it promises to be a great weekend of music.

“Since it was first launched, the Music Prize has helped to develop Aberdeen's role as one of the major cultural centres in the UK and we are delighted to be able to offer those living in the city and surrounding areas the chance not only to hear wonderful music, but to meet those who produce it.”