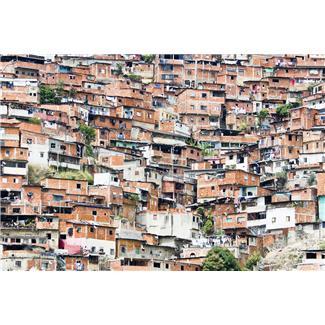 The free event will be hosted by guest lecturer Brian Miller, who has a long standing interest in social justice and has previously been involved in sponsoring aid projects with Oxfam and with independent charities setting up medical services in Romania and child care in Uganda. He has also written advocacy papers on Climate Change adaptation financing.

The lecture, which will be held in Fraser Noble 1, King’s College from 12.30 to 2pm, is a travelling presentation entitled World Poverty Day: 1.4 Billion Reasons.

Launched at a high-level UN Summit in 2008, 1.4 Billion Reasons was put together by expert advisors, including Hugh Jackman and Jeffrey Sachs. Inspired by the impact of Al Gore's Inconvenient Truth, 1.4 Billion Reasons demonstrates that progress has been made in efforts to address extreme poverty and aims to re-inspire and equipindividuals to take action.

The vision of the Global Poverty Project (http://globalpovertyproject.com/) is of a world without extreme poverty within a generation.

The Global Poverty Project has developed a multi-media presentation, 1.4 Billion Reasons, that is travelling the globe engaging and inspiring audiences to understand and get involved in the movement to end extreme poverty.

The presentation is built around five sections:

Dr Hilary Homans, Director of the Centre for International Sustainable Development, said: “There are now 1.4 billion people in the world living in extreme poverty and we hope the lecture will help to connect students and the wider community to this pivotal issue.

“The Centre also aims to raise awareness of key UN dates, particularly those in relation to the Millennium Development Goals.”

Last week the Centre hosed the Development Studies Association (DSA) Scotland mini conference for the first time with delegates attending from most Scottish Universities, the James Hutton Institute, as well as from Grampian Regional Equality Council and the Tillydrone Project.