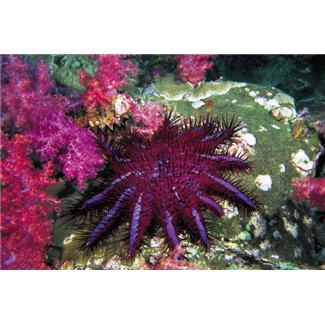 Work is about to start to agree the institutional arrangements and work programme of a new mechanism through which scientific experts in the field of biodiversity and ecosystems services will inform the decisions of governments and organisations worldwide.

Dr Anne-Hélène Prieur-Richard, Deputy Director of DIVERSITAS, updated delegates on the final day of the World Conference in Marine Biodiversity in Aberdeen - hosted by the universities of Aberdeen and St Andrews - on the new Intergovernmental Platform on Biodiversity and Ecosystem Services (IPBES).

IPBES will be an interface between the scientific community and policymakers that aims to build capacity for - and strengthen the use of - science in policy making.

Although there are many separate organisations and initiatives that contribute to policy on biodiversity and ecosystem services issues, there was previously no global mechanism recognised by both the scientific and policy communities for bringing together information from experts and analysing it for the benefit of those making decisions, in the way that the IPCC functions for the subject of climate change.

Dr Prieur-Richard said “IPBES represents an important opportunity for the scientific community, which will have to work hand in hand with IPBES to develop the new knowledge and produce the data needed to respond to future IPBES requests."

“IPBES provides us with a unique opportunity to harness scientific research to help us work together as an international community to move our societies to a more sustainable future.”

Following a resolution from the United Nation General Assembly in December 2010, UNEP, in collaboration with UNESCO, FAO and UNDP, will convene the first session of a plenary meeting next week in Nairobi, Kenya, to define the institutional arrangements and start discussing the programme of work of IPBES.

Generation of knowledge: Identify and prioritize key scientific information needed  for policymakers and catalyze the generation of new knowledge

Assessment: Perform assessments of knowledge on biodiversity and ecosystem services and their linkages

Capacity building: Help to build capacity in priority areas with respect to the science-policy interface