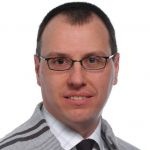 Scientists in Aberdeen have secured £16,000 from Alzheimer’s Research UK to fund a pioneering one year pilot study into brain ageing.

The grant from the UK’s leading dementia research charity will help the University of Aberdeen team to understand in new detail the changes that take place in the human brain at different times of life. This will be one of the first studies to track how these changes occur normally in the ageing brain.

The study led by Dr Gordon Waiter, will create an image of the brains of 30 adults between the ages of 20-50 years using a high-tech imaging system called an MRI machine. MRI allows scientists to build a detailed picture of the structure and function of the human brain and to monitor changes in certain brain characteristics in people of different ages. Some of the features, or markers, they will look at include changes in the flow of fluid around the brain and the ability of the brain to regulate regional blood flow.

Through the pilot project, Dr Waiter and his colleagues hope to open the door to many exciting new studies aimed at detecting the signs of dementia earlier.

Dr Waiter said “Recognising the symptoms of dementia early is currently a major challenge. By using these new brain markers, we hope to be able to detect signs of the disease before the symptoms even show.

“It is essential to look at normal ageing brains first. Once we fully understand what is normal, then we will be able to tell what is abnormal at an earlier stage.”

Pat Ross, an Alzheimer’s Research UK supporter from Aberdeen knows all too well the devastating effects that dementia has on individuals and their families. Her husband Ronald has lived with dementia for a number of years and is living in a care home. Pat said “It’s so sad to watch the person you love gradually lose their abilities and independence, especially when you know that so little can be done to help them. As my son is a doctor, we were lucky to pick up on the telltale signs early, but I realise that so many others are not this fortunate.

“My friends and I have been helping towards finding a treatment or cure by raising vital funds for Alzheimer’s Research UK- it’s amazing to think our efforts will benefit others in the future.”

Kevin Stewart, MSP for Aberdeen Central, said “Alzheimer’s Research UK has long funded dementia research in Aberdeen and supported the city’s scientists. This new grant will go even further in setting up Aberdeen as a centre for world-class scientific research.

“This will be a boost, not only for the city, but should bring hope to nearly 60,000 people living with dementia across Scotland”.

Dr Simon Ridley, Head of Research at Alzheimer’s Research UK, stressed the importance of such pilot projects, “These short, innovative projects are essential for scientists to perform pioneering work into dementia and Alzheimer’s disease. As our funding is entirely dependent on public donations, these projects are only possible through the generosity of our supporters and we’re really excited to be able to fund this project.

“Over 2500 people in Aberdeen City alone are living with dementia, with the UK figure at over 820,000. We urgently need to increase our ability to diagnose dementia and Alzheimer’s disease early. Identifying patients earlier in the disease process will allow them access to trials and allow future treatments to be given earlier, when they are likely to have the most impact”.

Alzheimer’s Research UK is the UK’s leading charity specialising in finding preventions, treatments and a cure for dementia.