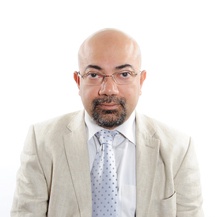 Advancements in science mean it is now possible to select the sex of an unborn child but is this ethically acceptable?

This issue will be discussed at Boy or girl – you choose? - a special Café Controversial event to be held as part of TechFest in September.

The University of Aberdeen’s Professor Siladitya Bhattacharya will explore the science behind such a choice and also discuss how we reconcile the ethics of using this technology with what some parents consider is their fundamental right to choose a baby’s gender.

Professor Bhattacharya will begin the discussion - to be held at the Satrosphere Science Centre on Monday (September 12) at 7pm - by looking at what science behind sex selection, before moving on to some of the ethical questions involved.

The free event – the latest in the University’s popular Café Scientifique series - will be chaired by Professor Neva Haites from the University’s College of Life Sciences and Medicine. The audience will also have the chance to air their views on this controversial subject.

In the UK choosing the sex of a baby conceived through IVF is already acceptable for medical indications, but not for social reasons.

In some countries such as USA it is acceptable to choose the sex of your baby for reasons such as balancing your family.

Professor Bhattacharaya said: “This will mainly be a discussion on the ethical questions surrounding sex selection.

“In some parts of the world, where boys are favoured over girls for cultural and financial reasons, allowing sex selection could reduce the status of women.

“Then there is the issue of inequality in access, as not everyone can afford assisted reproduction, and there still remains a great deal of uncertainty with IVF as it is not always successful.

“Some people have argued that this is it a misuse of medicine and will result in designer babies.”

The talk will also look at the implications of sex selection on parents and children addressing questions such as will children suffer emotionally if they feel they were not what their parents wanted? And should all children be considered gifts and parenthood imply unconditional acceptance and love?

The event is free and booking is not required.

TechFest Director, Sam Cordiner, said: “This is a very topical event and it is going to be interesting to hear the views of the public and the professionals on the subject of genetics and whether or not a parent should have the right to choose what sex their child is.

“The professors will look into how genetic biology has advanced in such a way that a child’s gender can be preselected in the test tube and the questions of ethics that lie behind these developments.

“This is another free event at this year’s festival and there is no booking required so if you are interested in the subject matter then please just come along on the evening.”

With more events, workshops and shows than ever, Aberdeen’s annual festival of Science, Technology, Engineering and Mathematics (STEM), is set to attract around 25,000 visitors between September 9 and 27.

Sponsored by joint principal funders Shell and BP, the festival is now in its 18th year.

One of its aims is to engage young people in the four main subjects of Science, Technology, Engineering and Mathematics and encourage themto go on to follow a career which utilises these skills by demonstrating that they are dynamic and fun and highly relevant in shaping how we live today.

The public programme ranges from loud and lively shows aimed at children to thought-provoking events for adults, featuring everything from zombie science, to forensics, wildlife crime, quantum physics and hip-hop.

Key highlights of Techfest In September include: