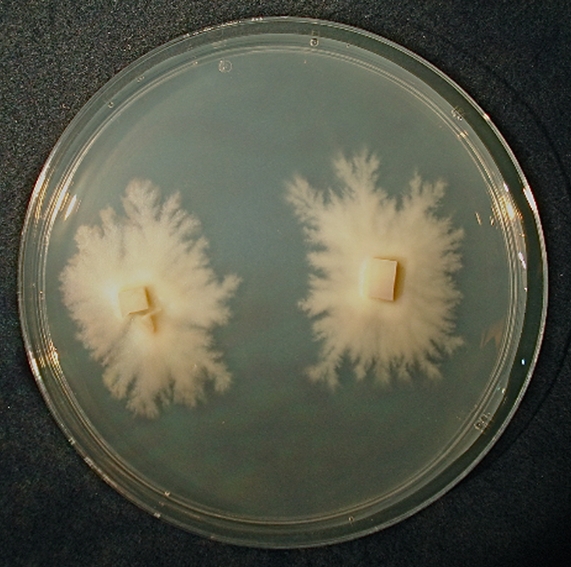 University of Aberdeen research has contributed to culturing, characterising and formally naming a new class of fungi that previously had only been identified through DNA sequencing from environmental samples.

The new fungal class Archaeorhizomyces, previously known as Soil Clone Group 1 (SCG1), has been found in more than 50 ecological studies of soil fungi world-wide. The report, which appeared in the August 12 edition of Science, predicts as many as 250 species in the description of the new class.

Prior to the work reported by the team the organisms had never been observed in the form of a fruiting body, spore, culture or in any distinctive association in a relationship with a plant. This meant that what these fungi looked like and the role they played in the environment was a complete mystery.

Dr Gwen-Aëlle Grelet, from the University of Aberdeen’s School of Biological Sciences and the James Hutton Institute, is part of the international team led by Swedish biologist Associate Professor Anna Rosling, who currently works in the Indiana University Bloomington biology laboratory of Rich Phillips as an associate researcher.

Dr Grelet said: "These fungi are extremely common in soils and plant roots growing everywhere. You couldn’t really analyse soil or plant root without finding evidence of Archaeorhizomyces DNA, but nobody had ever managed to actually see them. So we were really excited when we realised we had isolated a culture of this fungus from a Scottish pine root, right here in Aberdeen!”

Prior to the work researchers could only guess what role Archaeorhizomyces played in the environment. It was believed that because of their consistent appearance in plant roots, these fungi may have been mycorrhizal, receiving carbon from plants roots and providing nutrients to their host plant in return.

Now, having in hand pure DNA and culture of the elusive fungal group, the international research team has been able to study the group in more details than ever before possible. They have characterize the type species, A. Finlayi, using a combination of electron microscopy, DNA sequencing and in vitro growth studies. The fungus they cultured is a slow-growing form that produces none of the typical aerial or aquatically dispersed spores most fungi typically reproduce with, explaining why these fungi had remained unseen for so long.

They found no evidence that that it's pathogenic; but surprisingly, they also found no evidence that it's doing anything beneficial for the plant – so it’s unlikely to be mycorrhizal. Instead, based on lab culture experiments, the report suggests that Archaeorhizomyces may help break down and recycle dead plants, a common---and extremely important---job for fungi. The authors also suggest that their apparent association with roots of plants is possibly though association with mycorrhizal fungi and not with the plants themselves.

Species in the Archaeorhizomyces  class lack distinctive microscopic features, so they can not be identified without DNA testing. With the new class now properly sequenced, researchers have not only recognized that its abundance had previously been underestimated, but that they have set themselves on a course to better define Archaeorhizomycetes' role in the environment and toward identifying more species and populations within the class.