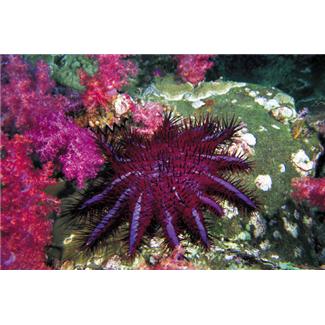 Marine renewables, ocean life and acidification, fisheries management, climate change and the conservation of sea mammals are just some of the issues being debated at a key marine conference taking place in Aberdeen next month.

The World Conference on Marine Biodiversity takes place at the Aberdeen Exhibition and Conference Centre between September 26 and 30.

French ocean explorer,environmentalist, educator and film producer Jean-Michel Cousteau – the son of famous underwater explorer Jacques-Yves Cousteau – is among the keynote speakers at the World Conference on Marine Biodiversity  organised by the Universities of Aberdeen and St Andrews.

Jean-Michel – who has spent much of his life exploring the world's oceans and has produced over 75 films – will be giving a public talk on the first day of the conference which is taking place in Aberdeen.

Other speakers include Jacqueline McGlade, Director of the European Environment Agency, Richard Brock, Founder of the Brock Initiative, and Professor Philip Bourne from the University of California.

Marine terrorism, human, drug and weapon trafficking and illegal, unregulated and unreported fishing is the focus of a public seminar to be held during the conference in St Andrews on Tuesday September 27 hosted by Professor Louise Richardson, Principal and Vice-Chancellor of the University of St Andrews, and featuring Dr Peter Lehr and Professor David M Paterson.

Dr Martin Solan, from the University of Aberdeen’s Oceanlab, is one of the conference organisers.

He said: “We are absolutely delighted to be bringing the World Conference on Marine Biodiversity to Aberdeen. With over 30 themed sessions, in excess of 680 delegates, and plenary talks from a number of leading marine experts, the conference will prove invaluable in the quest to better utilise and protect our oceans.”

Professor David M Paterson, from the University of St Andrews, has also organised the conference. He added: “I think everyone would wish to leave the legacy of clean, safe and healthy seas for future generations. This conference is an opportunity to contribute towards that ambition.”

Aberdeen City and Shire Economic Future and Energetica are among those sponsoring the conference and Shell UK is sponsoring an exhibition associated with the event.