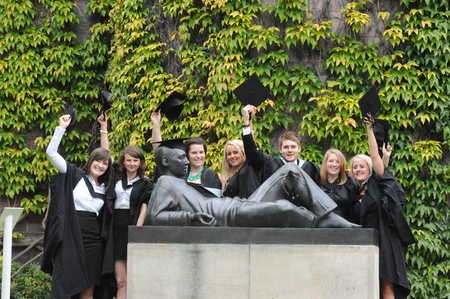 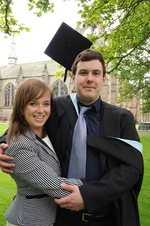 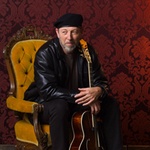 Leading figures in music and composition, public health, academia and industry will be honoured by the University of Aberdeen this week.

Thomson, who is also a prolific songwriter and winner of an Ivor Novello Award, will perform when he receives his honorary doctorate on Tuesday (July 5).

The University will also recognise the outstanding contribution to higher education made by its former Principal and Vice Chancellor Sir Duncan Rice. Described as "the quiet revolutionary" of Scottish higher education, he has been a leader in encouraging large-scale fundraising and led a successful fundraising campaign for £150 million during his tenure, from 1996 to 2010.

Renowned organist Roger Williams MBE, who retired from the University last year having performed at more than 375 graduation ceremonies, 1,500 weddings and more than 1,000 services, as the University of Aberdeen’s Master of Chapel and Ceremonial Music, will become an honorary Doctor of Music.

Others due to receive honorary doctorates include Chartered Accountant Alan Amoore, who has served on Aberdeen Harbour Board since 2003 and as its Vice Chairman since 2009 and is also involved with a number of charitable organisations including Save the Children and Voluntary Service Aberdeen, and Professor William Saunders, Chair of the Dental Schools Council of the United Kingdom until June 2011, who played a major role in establishing Aberdeen’s new Dental School.

Michael Gazzaniga, the Director of the Sage Center for the study of Mind at the University of California, Santa Barbara, Nobel-Prize-winning geneticist Sir Paul Nurse, President of the Royal Society, and Professor K Srinath Reddy, President of the Public Health Foundation of India, will all become honorary Doctors of Science.

Professor Ian Diamond, Principal and Vice-Chancellor of the University of Aberdeen, said:  “The University’s graduation ceremonies are a time to celebrate the achievements of our graduands and we are also proud to honour and welcome our honorary graduands into the University family.

“These exceptional individuals have attained distinction and acclaim in their respective fields and provide a strong example for our graduands of the success which can be achieved through dedication and passion.

“I am delighted that the University is bestowing this honour on my predecessor Sir Duncan Rice, in recognition of his magnificent achievements here at this University and his enduring contribution to the world of higher education.”

Click here for more photographs of the summer ceremonies