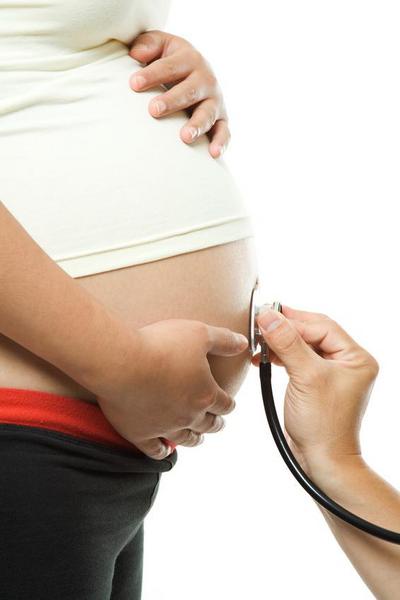 Researchers at Aberdeen have discovered links between the growth of a baby in the womb and the likelihood of the child going onto develop childhood asthma.

In a paper published in the American Journal of Respiratory and Critical Care Medicine, the University of Aberdeen team also found links between the rate an unborn baby grows and its chances of developing eczema and hayfever.

Researchers took foetal measurements of 1500 pregnant women at Aberdeen Maternity Hospital in their first trimester - at ten weeks gestation - and in the second trimester – at 20 weeks of pregnancy.

The team then followed up the children when they were aged 10.

A total of 927 families filled in respiratory questionnaires for their child and 449 children underwent lung function and skin prick testing, which tested for allergies to grass, egg, dust mite and cat.

Researchers found that the children with asthma at five and 10 years had been 5mm or 10% smaller than average as ten week old embryos.

The study showed that an unborn baby smaller than the average foetus at 10 weeks and which remained small throughout pregnancy was five times more likely to develop childhood asthma.

Researchers also found that a smaller than average foetus at 10 weeks which then had a growth spurt and became a big baby was two and a half times more likely to get eczema.

In addition they discovered that a foetus who was bigger than average at 10 weeks but whose growth slowed resulting in them becoming smaller were more likely to be protected against hayfever.

Dr Steve Turner, Clinical Senior Lecturer at the University of Aberdeen’s Department of Child Health and consultant with NHS Grampian, led the study.

He said: “Our main finding was that the shortest foetuses in the first trimester were at increased risk for persistent wheeze whereas the longest babies had better lung function at 10 years.

“We also found that changes in the expected growth rate were associated with altered risk for eczema and hayfever.

“In other words initial fetal size and subsequent growth trajectory are important to respiratory and allergic outcomes in childhood.

“However foetal size is not the sole explanation for asthma. Asthma can have a different natural history in different children, for example some grow out of their asthma whilst some develop asthma as they reach secondary school age.

“But our study does give a better understanding of when asthma first begins in the many children who have symptoms throughout childhood.

“It might also be a step towards the development of advice and care for women planning a pregnancy although such advice is likely to be in line with current advice such as not smoking and following a healthy diet and lifestyle if you are planning on getting pregnant.”