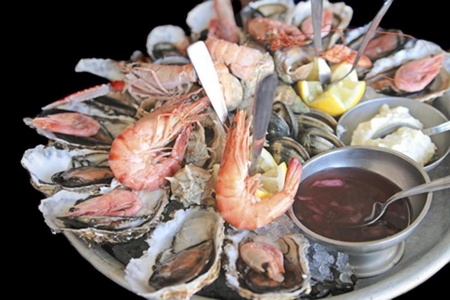 Beneficial trace elements in food such as iron found in beef, iodine in seaweed and zinc found in oysters and potatoes are coming under scrutiny at a key three-day conference taking place at the University of Aberdeen.

The effects of harmful trace elements such as inorganic arsenic which can be found in rice – high arsenic levels of arsenic are linked with cancer - will also be discussed at the 4th International Union of Pure and Applied Chemistry Symposium on Trace Elements in Food underway at King’s College.

One of the conference organisers, Professor Joerg Feldmann, Professor in Environmental Analytical Chemistry at the University of Aberdeen, said: “Our diet is the main source of trace elements and exposure to dietary trace elements has a direct impact on the health of hundreds of millions of people worldwide.

“Insufficient intake of essential trace elements is a global issue. Deficiencies of iron, zinc, iodine and selenium result in millions of people being affected by various diseases such as anaemia, thyroid disease, depressed immunity and these have serious consequences in countries where malnutrition is widespread.

“Conversely the impact of toxic elements such as inorganic arsenic on populations has come to the fore again as a priority for both the scientific community and health authorities.

“Our symposium is bringing together leading experts from 38 countries around to the world to discuss all aspects of trace elements in relation to food and water.”

The University of Aberdeen is a world leader in research into toxic trace elements and the University’s Rowett’s Institute is internationally recognised for its work in micronutrients.

Professor Feldmann added: “This conference is a unique opportunity for researchers from entirely different backgrounds, such as toxicology, nutrition, environmental and analytical chemistry and biology, to get together and share ideas and experiences in the trace element field.

“As well as being a forum for sharing the latest thinking, the symposium aims to provide an evidence base for policy as well as advice on the development of improved foods and risk management tools to protect public health.”

The conference opened on June 19 and runs until tomorrow (June 22).

Professor Joerg Feldman is available for interviews at breaks in the conference. To arrange, please contact Jennifer Phillips on 01224 273174.