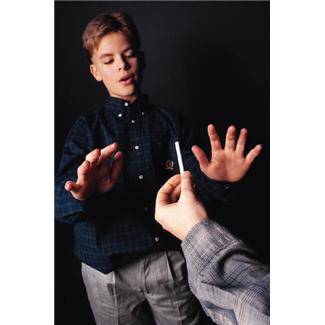 The Universities of Aberdeen, Edinburgh, Dundee, St Andrews, and Glasgow are to combine their research expertise to investigate key issues that have an impact on the health of people in Scotland, including alcohol abuse, smoking, and obesity.

The Universities have come together to form the Scottish School of Public Health Research and are supported by a £445,000 investment from the Scottish Funding Council (SFC).  Their research will focus on gaining a better understanding of: why people take up smoking and drinking; drinking cultures and the acceptability of heavy drinking; and effective ways to intervene and raise awareness of the chronic health problems caused by smoking, drinking, and eating to excess.

The Universities will work with frontline healthcare providers including NHS boards and practitioners, and public health officers and organisations who will input at the early stages to define the research.  The results of the research will be used by healthcare providers to inform better patient care and practice, plan public health campaigns to help Scotland’s population live longer and healthier lives, and reduce healthcare costs in the long-term.

“By working together, the Universities and healthcare providers will have access to far more information and expertise than they’ve had before.  This will improve the way public health issues are researched and fill gaps in our understanding of major health issues that affect the lives of many thousands of people across Scotland.”

Professor Harry Campbell from the Scottish School of Public Health Research said: “We hope that the creation of a Scottish School of Public Health Research will lead to greatly increased national collaboration across Scotland and greater alignment of research effort to national health priorities with the aim of making an important contribution to improving the health of the people of Scotland.”

Public Health Minister Michael Matheson said: “This work will mean important access to information and expertise that will be collated for the first time.

“Giving up smoking is the biggest single thing anyone can do to improve their health and we know we need to address Scotland’s drinking culture.

“By finding out more information about the causes of smoking and drinking we can intervene early to prevent behaviours arising that have significant cost to individuals, families and wider society, both in terms of health and economic impacts.”

It is also hoped that the pooled resources and joint working of the five universities will increase their national and international research competitiveness, allowing them to attract additional research funding from other sources, such as research councils and the private sector, to sustain the Scottish School of Public Health Research in future years.

1   The £445,000 funding for the Scottish School of Public Health Research will be spread over two years.

2   SFC will monitor the project to ensure that both NHS Scotland and other public health organisations are both involved in the development of the research and that research is not duplicated.

3   Each of the five universities will lead on a research theme, however, they will work on the research together.

5   The Council’s funding contributes towards the costs of learning and teaching, skills development, research, innovation and other costs such as staff, buildings and equipment in Scotland’s 16 universities and four higher education institutions (collectively know as the university sector) and 43 colleges.  The Council also provides resources to enable colleges to offer bursaries to students on non-advanced courses.

6   The Council’s mission is to invest in the development of a coherent college and university system which, through enhanced learning, research and knowledge exchange, leads to improved economic, educational, social, civic, and cultural outcomes for the people of Scotland.

For further information please visit our web site at http://www.sfc.ac.uk/