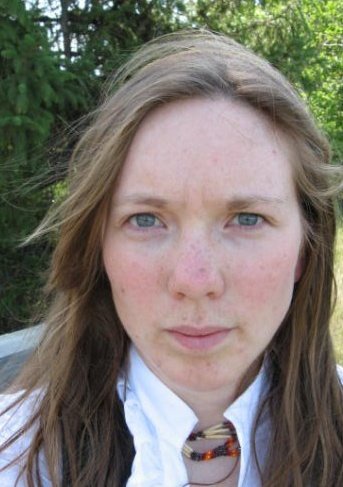 A University of Aberdeen anthropology student has been awarded one of the world’s most competitive scholarships.

Zoe Todd, a first-year PhD student in Social Anthropology, has been awarded a Pierre Elliott Trudeau Foundation Scholarship following her nomination to the Foundation by the School of Social Science.

Zoe, age 28, originally from Edmonton, Alberta, Canada is one of just 14 students to be awarded a scholarship for 2011.

The prestigious Trudeau Scholarships are granted to social sciences and humanities students who are examining matters of present-day concern to Canadians in key areas such as the environment, international affairs, responsible citizenship, and human rights and dignity. Many Trudeau Scholars go on to become leading national and international figures.

Zoe’s research examines the social and health impacts of environmental change in the Canadian Arctic, as well as the broader issue of how resource extraction impacts the health and well-being of Indigenous peoples throughout the world.

Zoe is Métis going back six generations to the Red River in Manitoba, Canada as well as having ancestry in the St. Paul de Métis Settlement in Alberta, Her great-great-great-great grandfather was a surgeon and trader for the Hudson's Bay Company who moved to Canada in 1816.

She said she was delighted to learn she had been successful in her application.

“This is one of the highest honours a PhD student studying the social sciences can receive. And it’s about more than funding research; it’s about the inspiring community of thinkers and actors that the Foundation fosters,” she added.

“I’m incredibly excited to be welcomed into this community and to work with the other scholars to develop policy-minded solutions to challenges people face both in Canada and internationally. The calibre of the scholars, fellows and mentors that are funded and supported by the Trudeau Foundation is really amazing. The support that I am receiving from the Trudeau Foundation will help me conduct community-based research that is meaningful and related to real-world issues.

“As a Metis person I’m really excited to be part of this group of scholars—I can tackle some of the issues that Aboriginal people in Canada face today.”

Professor Bill Naphy, Director of the College of Arts and Social Sciences Graduate School at the University of Aberdeen, said: “This is a great personal achievement for an outstanding student. The College is extremely proud of her success which reflects well not only on her personally but also on her School and discipline in admitting and nurturing so talented a student for doctoral studies”.