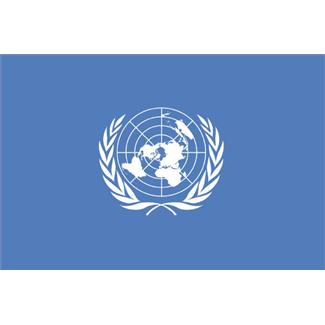 The input of a University of Aberdeen academic has helped secure a new Resolution by the UN Security Council on AIDS and national security.

Dr Homans, Director of the Centre for Sustainable International Development at the University of Aberdeen, contributed to the progress report which suggests that earlier fears about soaring rates of infection among soldiers and the risks posed by HIV to the potential collapse of states have not been realised.

In 2000 history was made when the United Nations (UN) Security Council considered the ramifications of AIDS in Africa on national security.  This was the first time an issue of health and social development was addressed by the Council.

The debate on AIDS at the Security Council resulted in the unanimous adoption by 15 members of the Security Council of the groundbreaking United Nations Security Council Resolution 1308[i]. This called for high level political commitment to address HIV and AIDS amongst international peacekeepers, national and regional militaries and uniformed service personnel. The resolution declared that HIV can have a devastating impact on all sectors and levels of society and further stressed that if unchecked, “it may pose a risk to stability and security”[ii].

The progress report has been published to inform a UN Security Council meeting today (June 7) to discuss Resolution 1308 and whether there is need for a new UN Resolution.

The outcome of the meeting was that a new Resolution (no 1983) was adopted by the UN Security Council at 11:10 New York time today.

While the report suggests that some fears have not been realised, the authors argue that it is apparent that HIV does, in certain circumstances, affect the long term security and stability of states and the operational capacity of armies and police.

They also state that in conflict and post-conflict situations, risk environments develop which facilitate transmission of HIV.

The report calls for a new agenda, supported by strong political commitment in which peacekeepers, national militaries, law enforcement officers and other uniformed service personnel are not viewed only as a problem, but as part of the solution - as positive agents for change.  Their efforts are critical to establish zero tolerance for gender-based violence and sex trafficking and to protect populations in conflict affected areas.

Hilary Homans is the editor of two books and numerous articles on HIV and has conducted evaluations of HIV programmes in over 30 programmes.  Before joining the University of Aberdeen she was a Senior Adviser to UNAIDS in Geneva and Professor at the University of Zimbabwe. Further information about the work of the Centre for Sustainable International Development can be found at www.abdn.ac.uk/sustainable-international-development

The report On the Frontline:A review of programmes that address HIV among international peacekeepers and uniformed services 2005–2010 can be downloaded at http://www.unaids.org/en/media/unaids/contentassets/documents/document/2011/20110519_OnTheFrontLine.pdf