Experts gather to remember the Battle of Harlaw
07 June 2011 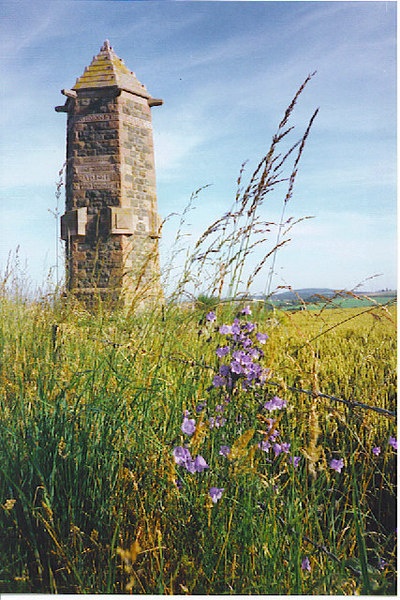 Experts in history, archaeology, genealogy, heraldry, clans and cultural legacy will gather in Aberdeen this week to share their collective knowledge of the Battle of Harlaw ahead of the 600th anniversary of the contest.

This is the first time experts from such diverse fields have come together to focus on Harlaw and it is hoped that the conference will further understanding of the Battle, fought near Inverurie on July 24 1411,which had significant implications for the cultural and linguistic face of Scotland. They will be joined by direct descendants of those who fought in the battle including David Irvine of Drum, whose ancestor Sir Alexander Irvine of Drum led his clan in the battle.

The conference, organised by the University of Aberdeen’s Elphinstone Institute in partnership with the Seven Incorporated Trades of Aberdeen, will be held on Thursday June 9 at the Trinity Hall, Aberdeen.

The Battle of Harlaw was a contest over the Earldom of Ross fought between the Gaelic army of Donald of Islay, Lord of the Isles, and an army assembled by Alexander Stewart, Earl of Mar, to defend Aberdeen against the Highlanders. The bloody battle, although indecisive, was of significant strategic importance as whoever controlled Ross, a territory stretching from Inverness to Skye, controlled northern Scotland, and held a considerable power over the rest of Scotland down to the Tay.

Much of what is known, the cultural history, poems and songs which commemorate the Battle, will also feature in the conference, entitled Harlaw Remembered. It will take place at Trinity Hall, where the only two known artefacts of the battle – the Weavers’ banner and the sword of Provost Davidson of Aberdeen, who was killed during the conflict, are on display.

Dr Ian Russell, Director of the Elphinstone Institute, said: “The conference provides an important opportunity to bring together experts from diverse fields and those with a personal connection to the Battle for the most comprehensive academic examination of the battle to date. With the 600th anniversary of Harlaw approaching we feel that it is important to recognise the significance of the battle and the cultural imprint it leaves today.

“Although neither side could claim a clear victory, Harlaw changed forever the cultural and linguistic face of Scotland. It showed that the power of the Lordship of the Isles was no longer invincible; it proved the beginning of the end for the clan system; and it gave impetus for the Scots and English languages to prosper at the expense of Gaelic. It also shaped modern Aberdeen - as the burgh moved to ensure it would not be threatened again, it was divided into quarters – the Green, the Fittie, the Even and the Crooked - the predecessors of the present-day Municipal Wards.With the only surviving artefacts of the battle displayed at Trinity Hall, it is an extremely fitting venue for this important conference.”

Harlaw Rememberedwill run from 9am to 5pm and will be formally opened by Aberdeen Lord Provost Peter Stephen with J. George Ross, Deacon Convenor of the Trades, providing the welcome address.

It will be followed by a concert of music, song and the spoken word remembering the Battle of Harlaw at the Town and County Hall, Town House, Union Street, Aberdeen. Running from 8pm to 9.30pm it will feature Tarland fiddler Paul Anderson, piper Duncan MacGillivray, ballad singer and storyteller Elizabeth Stewart, and poet Sheena Blackhall.

Tickets for the concert are £6 and delegate places for the conference are £12 or £10 for concessions.

Speakers  at Harlaw Remembered include:

Professor Richard Oram of the University of Stirling, Historical Background

Dr Iain MacDonald of the University of Glasgow, The Lordship of the Isles

Mr Neil Cooney, who will speak about the Battle