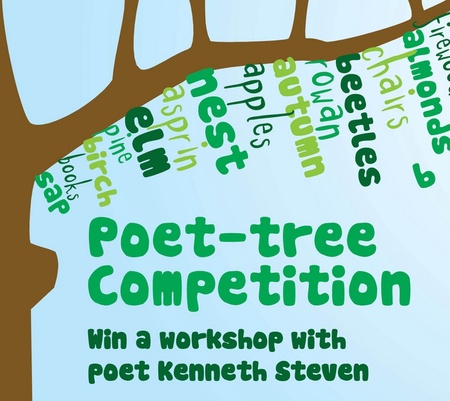 The winning words of pupils at an Aberdeen primary school have scooped them a three day workshop with Scottish poet and writer Kenneth Steven.

To mark the 2011 International Year of Forests, children aged primary five to seven were invited to take part in a Poet-tree competition organised by the University of Aberdeen’s Natural History Centre and the Word Festival.

Pupils had to choose a tree and design a poster featuring a poem of no more than 100 words which explained why they thought the tree was so special.

Marie Fish Education Officer at the Natural History Centre, said: “We were really impressed with the standard of entries. The children had thought deeply about why they like trees and how much they benefit from them. They had really tried to express their feelings in poetry and some of the poems were beautifully illustrated and very moving.”

The children have been using the arboretum at the Cruickshank Botanic Gardens for their workshop.

Today – the last day of their workshops which were made possible thanks to a donation from John Lewis - will see them plant a young Rowan tree and recite the poems they have written.

St Peter’s teacher Peter Gibb said: “We were absolutely delighted to win the Poet-tree competition and the three day workshop with Kenneth Steven has been really stimulating. We’ve also been really lucky to have had use of the Cruickshank Botanic Gardens and the Natural History Centre which has further enhanced the whole experience for our pupils.”

Mr Steven, who was today helping the pupils ‘plant’ their words into the soil of the new tree, added: “It’s a joy to be able to run the Project in such a magical place. The whole intention is to link the imagination and words with the green world, for the children to experience something they will remember forever.”