Aberdeen academics recognised for achievements and excellence
31 May 2011 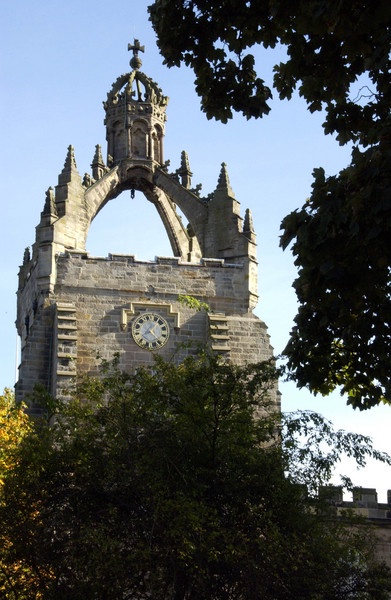 Six researchers at the University of Aberdeen have been recognised for their work in the fields of public health, microbiology and biological sciences.

Three of the academics have been recognised for their standing in their fields and three have overcome competition from their peers to receive key funding.

Professor Marion Campbell has been made a Fellow by distinction of the Faculty of Public Health.  An important UK award, given to only a few people each year, it recognises Professor Campbell’s contribution to public health, especially her leadership of the University’s Health Services Research Unit.

Professor Adrian Grant, Director of Research and Commercialisation within the University’s College of Life Sciences, is among 40 of the UK’s leading medical researchers elected to the Fellowship of the Academy of Medical Sciences, becoming one of only a small number of holders of this prestigious award with a background in applied health research.

Professor Gordon Brown, 6th Century Chair in Immunology, is one of 78 microbiologists – just three are from the UK – elected to Fellowship of the American Academy of Microbiology.   Fellows of the Academy are elected annually through a highly selective, peer-reviewed process, based on their records of scientific achievement and original contributions that have advanced microbiology.

Professor Xavier Lambin, Professor of Ecology, has been awarded a Leverhulme Research Fellowship. The funding will allow him to expand on his high profile work using population ecology and involvement of people from local communities to conserve native species and protect biodiversity sustainably and over very large scales.

Dr Sandra Telfer, Wellcome Trust Research Career Development Fellow, has received a highly prestigious five-year Wellcome Trust Senior Research Fellowship in Basic Biomedical Science which provides the funding to build upon her work on disease dynamics in wild animal populations by examining how environmental and socioeconomic factors determine the risks of disease transmission from animals to humans in Madagascar.

Dr Laura Grenville-Briggs, Research Fellow, has been awarded a prestigious EU Marie Curie intra-European Fellowship to work in Stockholm for two years. Her top-ranking proposal identified her as a potential world leader in her field. The award will support her research into tackling oomycetes, the organisms that cause diseases such as potato blight.

The scientists are all part of the University’s College of Life Sciences and Medicine. Head of the College is Professor Neva Haites who said: “The University of Aberdeen has a first class array of talent and intellect and these awards certainly illustrate that.”