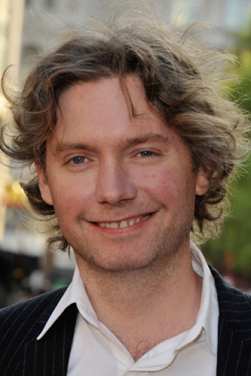 Last King of Scotland director Kevin Macdonald will join the Director’s Cut cast when he appears at the University of Aberdeen tomorrow (Wednesday May 4).

The Oscar-winning filmmaker will be in conversation with the University’s Head of Film and Visual Culture, Dr Alan Marcus.

Glaswegian Macdonald has won worldwide acclaim for his films including Touching the Void (2003), The Last King of Scotland (2006) and State of Play (2009).

Director’s Cutwill explore his career and current projects, including The Eagle of the Ninth starring Jamie Bell and Donald Sutherland, filmed on locations across Scotland.

Kevin Macdonald will also hold a special Masterclass with Honours students on the University's Film and Visual Culture programme.

He will join the prestigious Director’s Cut cast which has already seen world-famous naturalist, broadcaster and author, Sir David Attenborough, James Bond director Guy Hamilton, actor Simon Callow, famous for his roles in Four Weddings and a Funeral and A Room With a View, and most recently Bend it Like Beckham director Gurinder Chadha take to the chair in the Granite City.

Dr Marcus said: “Kevin Macdonald is a rare combination - a gifted Academy Award-winning filmmaker and a scholar, with several published books to his name.  We are delighted to be welcoming Kevin Macdonald to the University of Aberdeen campus on Wednesday.

“He has a natural visual instinct for making feature films and documentaries which have compelling and insightful narratives, much studied on film courses throughout the UK and appreciated by cinema audiences.”

Director’s Cutwith Kevin Macdonald will be held on Wed May 4 from 6-7:30pm in the Arts Lecture Theatre, King's College, University of Aberdeen.

Entry is free but tickets should be booked in advance at www.abdn.ac.uk/directorscut

In tandem with the event, a mini-retrospective will feature screenings of Kevin Macdonald’s work at Cineworld Union Square on May 3 and 4. For further information visit the new Director’s Cut Facebook site at: