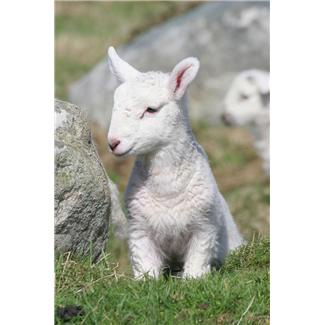 A University of Aberdeen researcher has won a prize for her first sociology book, about people working with farm animals.

Dr Rhoda Wilkie was awarded the Philip Abrams Memorial Prize by the British Sociological Association at its annual conference in London on Thursday 7 April.

Dr Wilkie, who is a Lecturer in Sociology, receives a prize of £1,000.

Her book, Livestock/Deadstock: Working with Farm Animals from Birth to Slaughter, was published by Temple University Press last June. It explores the experiences and attitudes of those involved in the daily tasks of breeding, fattening, marketing, medically treating and slaughtering food animals.

One of the judges, Dr Garry Crawford of the University of Salford said: “Rhoda Wilkie’s book is an excellent contribution to British sociology, and sets a great example of what contemporary academic writing should be like.

“Dr Wilkie deals with a very pertinent and important issue, our treatment and relationship with farm animals, and in doing so manages to produce a book that is balanced, engaging, insightful and accessible - which all-round is a real triumph.”

The BSA prize is for the best first and sole-authored book within sociology and was established in honour of the memory of Professor Philip Abrams, whose work contributed substantially to sociology and social policy research in Britain. He is remembered for the encouragement and assistance he provided to many sociologists at the start of their careers.

Dr Wilkie said “I am delighted that my book has won this year’s BSA Philip Abrams Memorial Prize.  This is the second such honour for Aberdeen Sociology in the last four years, and speaks to the department’s excellent research environment”.

The other works shortlisted for the prize were:

1. The British Sociological Association is holding its 60th annual conference in 2011 at the London School of Economics, where it was first based. Around 800 social scientists are giving presentations from April 6 to 8.

2. The British Sociological Association’s mission is to represent the intellectual and sociological interests of its members. The BSA is a Company Limited by Guarantee. Registered in England and Wales. Company Number: 3890729. Registered Charity Number 1080235