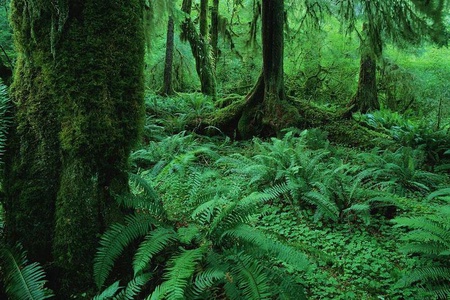 Conservationists are increasingly coming into conflict with land managers, companies and in some cases governments who have different priorities.

They are multi-dimensional, involving ecological, social and economic interests and operate within political and legal frameworks.

Using cutting edge techniques and collaboration, social science researchers from the Universities of Aberdeen, Leuphana (Germany) and Leeds are finding out what it takes to get opposing groups to work together, for the benefit of environment, people and economy.

Funded by the British Academy and the German Research Foundation, the researchers are currently analysing hundreds of environmental decision-making processes and conducting in-depth interviews to find out what sorts of approaches have helped people work together in different conservation-conflict situations.

This research will be presented alongside findings from hundreds of other projects researching conservation conflicts in the first ever International Conservation Conflicts Conference to be hosted by the Aberdeen Centre for Environmental Sustainability and funded by the British Ecological Society and the UK Rural Economy Land Use Programme, in August 2011.

The conference will seek to:

Dr Mark Reed, Acting Director of the Aberdeen Centre for Environmental Sustainability, from the School of Geosciences at the University of Aberdeen, who is leading the British Academy project, said: "By understanding why different approaches to managing conflict work in different contexts, we can help people design decision-making processes that are more likely to be successful in the long term."

Professor Jens Newig from Germany’s Leuphana University Lüneburg said: “Looking at hundreds of in-depth case-studies from around the globe allows us to precisely determine factors for success - or failure - in collaborative decision-making”.

Dr Anna Evely from the ACES 2011 Conference said: "This conference is like no other. It is cutting edge, bringing together scientists, practitioners, artists and musicians to really get to the heart of tackling conservation conflict."

"Attracting researchers, artists and musicians from all over the world; including Japan, Iran, S. Africa, Thailand, Australia, Brazil and U.S.A, such an event has never happened before and the outcome for conservation will be ground breaking."

• Dr Mark Reed was awarded a British Academy grant in December 2009.  This funded research is due to end in April 2012.

• The conference will take place over three days. The first two days will consist of a mix of plenary and contributed talks including parallel sessions, and the third day will include a choice of workshops where participants can explore the issues in greater depth through discussion. To learn more about the ACES2011 conference and to register for a press pass, see http://www.aces-2011.org/

• The British Academy, established by Royal Charter in 1902, champions and supports the humanities and social sciences. It aims to inspire, recognise and support excellence and high achievement across the UK and internationally.   For more information, please visit http://www.britac.ac.uk/