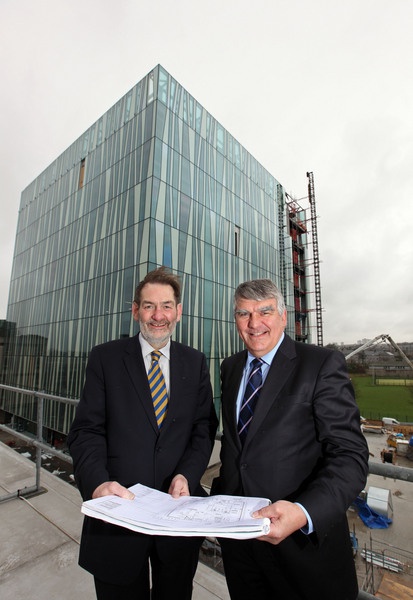 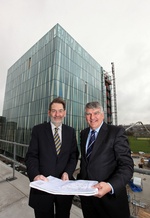 The UK’s largest bus and rail operator, FirstGroup, today revealed that it has provided £50k worth of funding for the construction of the University of Aberdeen’s new library.

The news marks the third major charitable announcement from FirstGroup this year.  In January it pledged £100k toward the construction of the proposed Aberdeen Aquatic Centre - a joint venture between Aberdeen City Council, the University of Aberdeen and sportscotland which will extend the excellent facilities at Aberdeen Sports Village.  Meanwhile, last month the company revealed that it has raised £4m in cash and kind for its charity partners, Save the Children, over the last four years.

Sir Moir said: “The new building promises to be the finest library facility in the UK.  I am proud that FirstGroup is part of that, proud too that the University of Aberdeen is investing in world class facilities.”

He continued: “Aberdeen is FirstGroup’s home - the city has supported us as we’ve grown to become the UK’s largest transport operator and a global leader.  Being able to support projects such as the new library and the proposed aquatic centre is a privilege and allows us to give something back to the city.”

Professor Diamond, Principal and Vice-Chancellor of the University of Aberdeen, said: “The new library has been designed to meet not only the needs of students but the wider community with a flexible range of uses accommodating everything from quiet individual study through to group and seminar work, exhibition and events.

“We are grateful for the donation from FirstGroup as the library reaches another significant milestone. The library is an iconic building for Aberdeen and will provide significant public access to our rare historic collections.”

First’s £50k contribution will support the creation of a quiet study area on the third floor, offering fantastic views of Aberdeen, and is expected to be one of the most frequently used areas of the library.