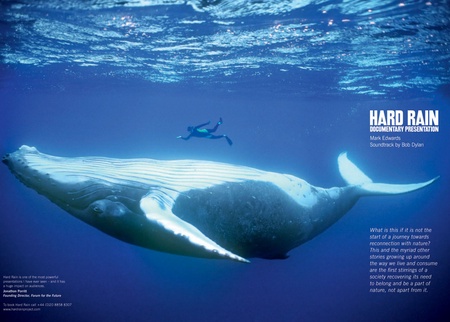 The headlong collision between humans and nature will be brought to life in words, pictures and music as a leading environmental speaker and an international photographic exhibition and arrive this month on the University of Aberdeen campus.

Artist Mark Edwards, one of the few environmental communicators to have personally witnessed the global issues that are defining the 21st century, will speak at 6pm on Tuesday March 22 in the Regent Building Lecture Theatre on the King’s College Campus. All are welcome and there is no requirement to book.

Mark’s presentation – introduced with photos synced to Bob Dylan’s prophetic 60s masterpiece ‘A Hard Rain’s A-Gonna Fall’ shows habitat destruction, overconsumption, poverty, pollution, climate change, war, loneliness and despair gathered from Mark’s expeditions to over 150 countries over 40 years. The presentation explores the state of the world and its people, and brings alive the policies, technologies and lifestyle changes we need to adopt to reinvent the modern world to be compatible with nature.

The accompanying 60-metre outdoor photo exhibition will open beside the Elphinstone lawn on the King’s College campus on March 14 until April 12.

The exhibition has been seen by over 15 million people across all continents and has attracted huge public and critical acclaim. It has been shown at venues as diverse as the United Nations Headquarters in New York and national governments including Scotland, Australia, Belgium and Cuba, to the European supply chain for McDonalds, and the community of Wormwood Scrubs prison.

Hard Rain is being brought to the City by the Aberdeen University Students Association Climate Change Project and funded by the Scottish Government.

Jamie Peters, who represents the Climate Change Project, expressed his hope of the benefits the exhibitions and inspirational talk would have on the University and wider community of the north-east, saying: “The Climate Change Project has been engaging students in environmental discussion and equipping them with the tools to reduce their own environmental impacts since last summer. We are hoping that by hosting Hard Rain we can continue to get the community involved in making positive contributions to the environment and allow them to adopt more sustainable lifestyles.

“We have started a number of initiatives that are designed to reduce the community’s carbon footprint, save students money, help them meet new people, learn new skills, and reduce their carbon footprints in as fun a manner as possible. We feel that every single student can find something in our project that they can get involved in and hope that this exhibition will allow us to engage with even more people.”

The Hard Rain Project was established as a charity in 2009 to support educational programmes for schools, universities and colleges, and public exhibitions that campaign for realistic solutions to the interlinked problems of climate change, poverty, the wasteful use of resources, population expansion, habitat destruction and species loss.