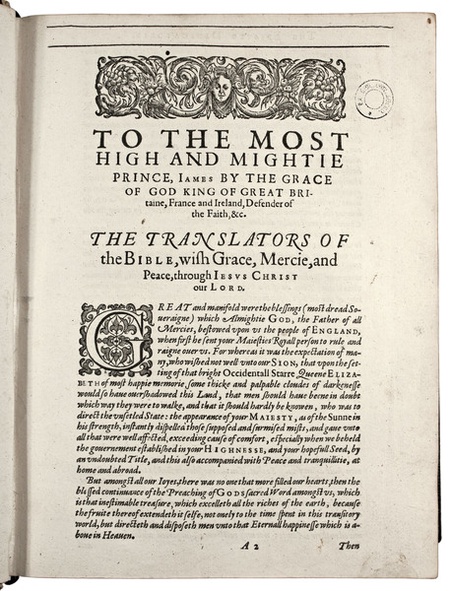 The University of Aberdeen is hosting a public lecture series to commemorate the 400th anniversary of the publication of the King James Bible.

The King James Bible was always more than a Bible - a way of communicating with and relating to God - it was a fiercely political text, enmeshed in power relations that spoke also to relations between monarchs and subjects.

It emerged within a particular context of previous translations but also in a social and historical universe and had particular resonances with Scotland.

It has been applauded for its wider literary contributions but criticised also as a savage text.

The series of six lectures is designed to explore the influence of this landmark text not only in theology but on politics, law, literature, history and sociology.

The lecturers are amongst the world's chief specialists and the series and this week Dr Eyal Poleg, from the University of Edinburgh, will look at The Long History of the King James Bible.

Eyal Poleg is British Academy Post Doctoral Fellow in the Centre for the History of the Book at the University of Edinburgh. His PhD is from the University of London and addressed the late medieval Bible in England. In Edinburgh his main research focus in on the material culture of the medieval and early modern Bible. Based on a survey of biblical manuscripts and early prints, he traces the evolution of layout and addenda in English Bibles, from the first mass-produced Bibles of the thirteen century, through the advent of print and the Reformation, to the King James Version of 1611.

He will present the second instalment of the six-part lecture series, organised byProfessor John Brewer, Head of the Department of Sociology at the University.

Professor Brewer said:  “The King James Bible may be 400 years old but is very much alive today. It wrote about the heart of God but also very practically spoke into local disputes in England, Scotland and Ireland, as well as national and international affairs.

“It always was - and remains - more than a Bible. It is what the sociologist Peter Berger would call a 'sacred canopy' hanging over politics, society, law, literature, language and culture.

The series will continue on March 29 Professor David Fergusson on March 29, followed by Professor Naomi Tadmor on April 11, Professor Adrian Thatcher on May 4 and concluding with Professor Gordon Campbell on May 12.

All lectures will take place at 6.30pm in King's College Conference Centre at the University of Aberdeen. Lectures are free but pre-registration is required. This can be done online by visiting http://www.abdn.ac.uk/king-james-bible. where further details about the lecture series can also be found.