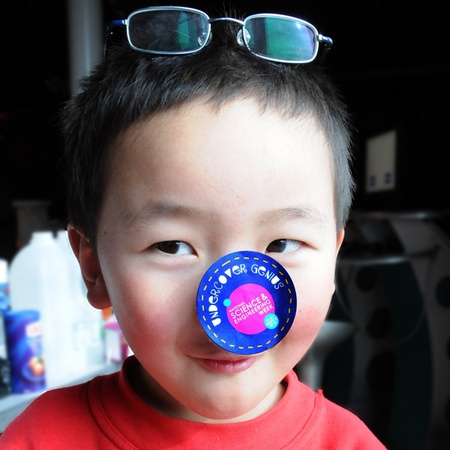 Researchers will race against the clock to pitch their science to the public at an action packed pub night in Aberdeen next week.

Speed Science is one of more than 50 events taking place across the city and shire to help celebrate National Science and Engineering Week (NSEW) which runs locally from March 12 to 19.

A dozen University of Aberdeen researchers are involved in Speed Science which is a bit like speed dating. Each will have three minutes to tell a group of people about their science before they are buzzed onto the next group.

Climate change, tweeting and democracy, and how technology can save lives are just some of the snippets of science that will be shared at the event on Monday (March 14) at city bar Under the Hammer.

Pub goers will then vote for their ‘favourite’ researcher who will get more time to talk about their work before the audience gets the chance to quiz all of the scientists.

Thousands of visitors attend NSEW events which also include workshops for school pupils. NSEW in Aberdeen and Aberdeenshire is coordinated by the British Science Association Aberdeen Branch and supported by BP and a Scottish Government engagement grant awarded to the University of Aberdeen.

Dr Ken Skeldon, who heads up the University’s Public Engagement with Science programme, is one of the lead organisers. He said:  “Our programme brings the public face to face with scientists working across a range of exciting areas.

“We’ve created a variety of events around this year’s theme of communication including how scientists are developing new techniques to communicate with coma patients and why Scotland’s broadband infrastructure could soon be transformed by space satellite technologies.”

Mandy Tulloch of the British Science Association Aberdeen Branch said: “National Science and Engineering Week is the UK’s only national celebration of science and engineering.

“We expect to attract several thousand schoolchildren and members of the public throughout the week.

“Most of our events are free and with topics as diverse as brain research and science comedy in venues from lecture halls to the local pub, there is sure to be something for everyone.”

Tim Smith, Vice President of Communications & External Affairs, BP added: "BP is once again delighted to be a principal sponsor of the National Science and Engineering Week here in North-east Scotland.

“The programme is aimed at enthusing and inspiring people of all ages and offers opportunities for the whole community to engage in science and engineering activities through a wide variety of presentations, workshops and shows.

“Our continued sponsorship is not only a genuine commitment to the future development of our industry, but also represents a positive investment in the future of Scotland."