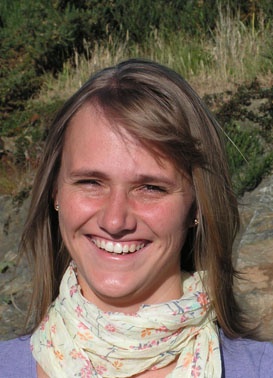 Creatures that live in the muddy sediments of estuaries have given Aberdeen scientists new insights into how critical the relationship between organisms, and the structure of the habitat they live in, is for the maintenance of a healthy ecosystem.

The findings are important because the contribution species make to the health and resilience of ecosystems, which humans ultimately depend on, alters after a change in environmental conditions.

Marine coastal ecosystems are among the most productive and diverse communities on Earth and are of significant importance to the regulation of climate, nutrients, and the food chain.

But the contributions coastal ecosystems make to these ecological processes can be compromised by man’s activities, including coastal development and pollution. Yet the ecological impacts of these changes are poorly understood.

Scientists at the University of Aberdeen’s Oceanlab studied worms, snails and shrimps - coastal sediment dwelling invertebrates - taken from the nearby Ythan Estuary.

They placed the creatures in tanks with differing types and configurations of sediment and monitored the animals as they moved around the different habitats looking for food.

The more movement an animal makes the more nutrients are released into the ecosystem and then the food web.

However in areas where there has been a lot of human activity the sediment can become homogenised and the animals don’t move around as much which can impact on nutrient generation.

Dr Jasmin Godbold, from the University of Aberdeen’s Oceanlab, led the research. She said: “Organisms respond to the complexities of the natural environment but many human activities lead to changes that simplify the structure of the ecosystem. Whilst species may survive these changes, the way in which they affect the ecosystem can be very different from how they did before.

“We have known for some time that there are general ecological consequences of species extinction and habitat loss. What we didn’t appreciate is that the configuration of the habitat in which a species lives is of fundamental importance to how it behaves and affects its surroundings.”

Current predictions of what happens to an ecosystem following a disturbance have assumed that the role of species in the environment does not change.

But researchers have discovered that this is not necessarily the case - some components of the habitat affect the behaviour of certain species more than others.

Dr Martin Solan, Senior Lecturer in Marine Biology at the University of Aberdeen’s Oceanlab, is one of the co-authors of the research. He said: “How a worm, or any other species, interacts with a changing environment may seem inconsequential, but our findings show that this can have far reaching ecological consequences for an entire ecosystem. Subtle changes in behaviour in individual worm burrows multiply together and can substantially alter the nutrient cycle of a entire mudflat.”

Dr Godbold concludes: “Although these findings were obtained from our local estuary, what is particularly exciting is that they are equally applicable to many other ecosystems where habitat destruction and species loss is occurring.”

The team’s findings Habitat structure mediates biodiversity effects on ecosystem properties appears in the Journal Proceedings of the Royal Society B.