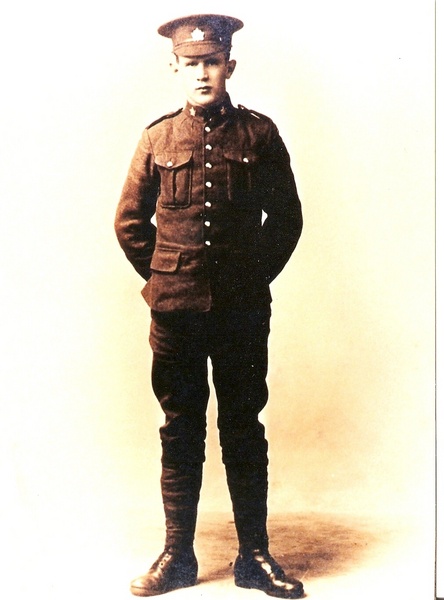 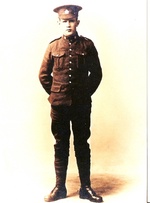 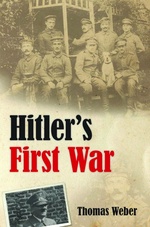 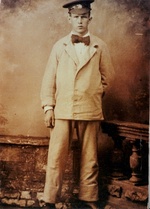 Opposing troops putting aside their differences in 1914 to share Christmas carols and exchange gifts is one of the most enduring images of World War One.

In that first festive season on the Western Front British and German soldiers put down their weapons and met in no man’s land but as the brutality of war deepened, so did divisions and such scenes of unity were never repeated.

Now a University of Aberdeen historian is challenging our long-held belief in this one-off phenomenon, arguing that Christmas truces continued throughout the war.

Dr Thomas Weber has unearthed new evidence, including a letter written by a soldier of Scottish descent serving with a Canadian regiment, which suggests that festive ceasefires continued to take place throughout the war but were often downplayed in official war records.

However, he argues that heavy artillery, machine gun, and sniper fire that had been ordered in anticipation of new Christmas truces, meant that these were small-scale and localised to a greater extent than the events of 1914 and as such are generally overlooked by the history books.

He posits that these continued ceasefires fundamentally alter our understanding of why ordinary soldiers continued to fight for more than four years.

He said: “The suggestion is that after the first Christmas there was no repeat because of the circle of violence and its ensuing bitterness that then set in. In fact, soldiers never tried to stop fraternising with their opponentsduring Christmas.

“This really puts to rest the long dominant view that the majority of combatants during the Great War were driven by a brutalising and ever faster spinning cycle of violence.

“I’m not saying that brutalisation did not occur at all but more commonly what happened was that soldiers in the heat of battle fought ferociously but, after the battle and after the adrenaline had gone, remorse tended to set in and there are many incidents recorded where soldiers tried to help injured soldiers from the other side. It is because of this kind of sentiment that continued Christmas truces were possible.”

Dr Weber also believes that the key factor in whether a ceasefire took place lies with who the German troops were facing in the trenches – with festive meetings with British soldiers far more likely than with French.

He said: “The traditional argument is that the success of truces depends who the British were facing in the trenches but I say it is actually the other way round.

“The existing popular version of why truces occurred says that what was ultimately important was whether Allied troops were facing ‘good Germans’ like Bavarians or ‘bad’ Germans like Prussians and Saxons.

“But actually it seems it doesn’t matter whether the Germans were northern, southern, Catholic or Protestant – the influential factor was whether they were facing British – including Canadian and Australian units – rather than French troops.”

Dr Weber conducted his research while writing the book Hitler’s First War and uncovered evidence of Christmas truces not just in 1914 but also in 1915 and 1916. Examples include an attempted meeting between soldiers of Hitler’s brigade and their British opponents to the south of Lille during the festive season of 1915. The war diary of the sister regiment of Hitler’s regiment, for instance, recorded on Christmas Day 1915: ‘A few of our people have, enticed by similar incidences in the left neighbouring regiment, left our trenches and wanted to approach the Englishmen.’

Hitler’s First War also records attempts at a new Christmas Truce in 1916 when the future dictator’s unit faced Canadian troops on Vimy Ridge. Yet it concludes that these attempts were cut short by German and Canadian military authorities, quoting a war diary from Hitler’s Brigade: ‘Attempts at initiating fraternization by the enemy (calling out, raising of hands, etc.) are immediately quashed by the snipers and artillery men who had been ordered in and had stood ready to fire.’

Dr Weber’s assertion that the official war records downplayed continued Christmas truces was given a boost when he travelled to Canada last month to talk about the research behind Hitler’s First War and mentioned during a public lecture the attempted Christmas Truce between German and Canadian troops at Vimy Ridge in 1916.

He was approached afterwards by a member of the audience whose uncle – Ronald MacKinnon – had been deployed at Vimy Ridge at the time. MacKinnon was the son of a Scot from Levenseat, near Fauldhouse in West Lothian, and met his Scottish relatives for the first time whilst training in Britain before being sent to the Western Front.

The official version of events according to the war diary of the uncle’s military unit, the Princess Patricia’s Canadian Light Infantry – stated that the Germans tried to interact but that no-one responded to it.

Yet the letters Private MacKinnon wrote home to his sister tell a rather different story:

‘Here we are again as the song says. I had quite a good Xmas considering I was in the front line. Xmas eve was pretty stiff, sentry-go up to the hips in mud of course. … We had a truce on Xmas Day and our German friends were quite friendly. They came over to see us and we traded bully beef for cigars. Xmas was ‘tray bon’ which means very good.’

Dr Weber added: “The letter was a fantastic find and clearly demonstrates that there was an attempt to downplay these small-scale Christmas truces when they happened.

“Officers had to report to higher chain of command so had an interest in downplaying events in the official version in their war diaries.”

He says that there is no evidence that Hitler himself participated in the truce of 1914, though approximately fifty per cent of those in the British Sector did, and indeed that as a soldier of the regimental headquarters he was extremely dismissive of such action. One of Hitler’s immediate peers during the war, Heinrich Lugauer, is quoted as having said: “When everyone was talking about the Christmas 1914 fraternization with the Englishmen, Hitler revealed himself to be its bitter opponent. He said, ‘Something like this should not even be up for discussion during wartime.”

The Christmas truces are one of the cornerstones of the argument put forward in Hitler’s First War that, contrary to popular belief, the dictator was not ‘made’ by his experience of the Great War and highlights the gulf between Hitler – a dispatch runner for regimental headquarters – and ordinary front line soldiers who continued to be receptive to Christmas ceasefires throughout the war.

Hitler’s First Waris published by Oxford University Press and is available from all good bookshops or online from http://ukcatalogue.oup.com/product/9780199233205.do