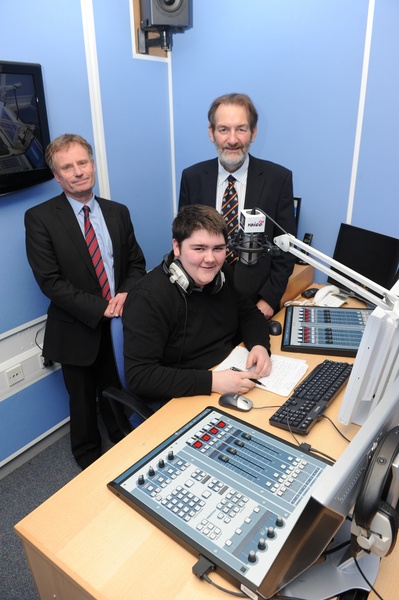 University Principal Professor Ian Diamond and Rob Wallen, Principal of Aberdeen College, have announced a renewed partnership between the two institutions which will widen access to higher education in the north-east of Scotland.

The two Principals have announced the formal creation of articulation routes across a number of subject areas, which will mean that more Aberdeen College students than ever before will be able to use their HN qualification to gain direct entry into the second or third year of degree level study at the University of Aberdeen.

The articulation agreement covers subject areas as diverse as Accounting, Computing, Electrical Engineering, Sports Coaching and Music. Both institutions will work together to ensure that students have the very best access to higher education progression at a time when gaining a university place has become even more competitive.

Professor Ian Diamond, Principal and Vice-Chancellor of the University of Aberdeen, commented: "This is a very important agreement that we are signing today. We already have a close and very beneficial relationship with Aberdeen College and we are very keen to strengthen and build on that for the benefit of people of all ages and communities who are keen to pursue their education. This Articulation Agreement takes our commitment to widening access to higher education an important step further, and ensures that the University is seen as a viable progression route for students at Aberdeen College."

The two Principals announced the partnership during a broadcast by Voice FM, which has been set up in the college by its HNC Creative Industries: Radio students. The radio station will entertain staff and students every day from 12-4pm and will be broadcast over the College’s student intranet.