Flat earths, moving suns and creationism under the spotlight at Café Controversial
11 November 2010 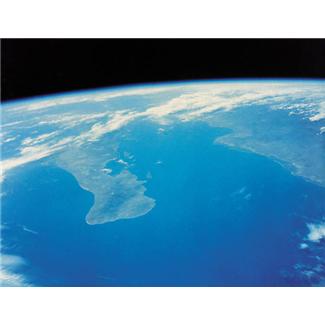 Literal readings of the Bible placed the earth at the centre of the Universe while flat earth theories are imbedded in popular views of the past.

Universityof Aberdeenprofessor, Bill Naphy, will tackle ideas around the Bible as a source of scientific truth as part of the University’s new Café Controversial series, which provides a public forum for debate around contentious issues in science.

His free talk, Flat Earth, will take place at Satrosphere Science Centre on November 15, and will discuss the history of these beliefs and where scientific evidence meets satirical mischief making.

He will also examine the importance of scientific data which shows that the earth rotates around the sun, and how this is positioned against geocentric theories which place a flat earth at the centre.

This provides a platform for debate on the literal reading of the Bible, which contains many references to the earth standing firm. Professor Naphy will argue no ‘literalist’ ever reads the whole Bible literally.

He said: “When people say for example that the seven days of creation in Genesis must be taken literally, they rarely say that the same Bible teaches that the earth is the centre of the universe and the sun goes around it.

“Thus, insisting on a literal reading of the Bible for scientific information means denying the fossil and geological record, making the whole universe only about 6,000 years old.

“But what is the interpretive principal being used to say science is geologically wrong but astronomically right – and the Bible ‘wrong’?”

Professor Naphy suggests this argument is still relevant to today’s society with a Gallup poll conducted in the 1990s showing that 16 per cent of Germans, 18 per cent of Americans and 19 per cent of Britons believed that the earth stood still and the sun goes round it.

He added: “The bible makes many references to geocentrism such as ‘the world stands firm, never to be moved’ (1 Chronicles 16: 30).

“Until scientists like Galileo came along, people also thought heaven was a crystal ball that around the earth and that the earth was a solid sphere inside it.”

Professor Naphy hopes to start a discussion about the extent that any group’s claim to believe the Bible ‘literally’ should be taken at face value.

Professor Naphy will discuss a number of examples where a literal reading is rejected by even the most conservative of evangelical Christians, for example explaining why their women don’t cover their heads, despite a specific command in the Bible to do so.

“Interpreting the Bible is a crucial issue especially in the increasingly heated debate in the US, and to a lesser extent in Britain, on the question of whether creationism should be taught in schools,” he added.

“But people who don’t want to have creationism in schools shouldn’t be talking about creationism versus evolution – the debate should be about how to interpret the Bible, not theories about how the world came to be.”

Café Controversialexpands the University of Aberdeen’s popular Café series of informal events which see top experts in their field dealing with topical issues in science.