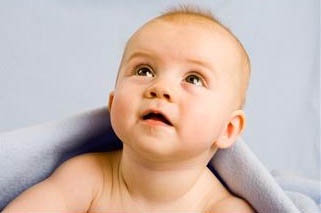 An Aberdeen clinic that has helped bring almost 2,000 babies into the world celebrates its 21st birthday later this week.

To mark its coming of age Aberdeen Fertility Centre is holding a special seminar for current and former staff to discuss the many scientific and clinical IVF advances that have taken place over the last two decades.

Over 50 past and present staff are expected to attend the Assisted Reproduction: Achievements and Aspirations scientific meeting this Friday (October 29) to commemorate the 21st anniversary.

The University’s Assisted Reproduction Unit was founded by Professor Allan Templeton in 1989 and rapidly became a leading centre in Scotland in the provision of IVF services. The Centre offers many treatment options - IVF, ICSI, freezing of embryos and eggs, egg donation and semen donation programmes too.

The Unit has kept pace with change and achieved many notable Scottish firsts, including being the:

·         first in Scotland to carry out embryo cryopreservation

·         first to produce a baby using the fertility treatment ICSI

Many staff trained in the Unit have now established successful IVF units elsewhere in the country.

Dr Mark Hamilton, Consultant Gynaecologist with NHS Grampian and Head of the Clinical Service at the Unit, said: “Assisted conception treatment, including IVF, is now integral to the modern management of infertility and the Unit provides vital services to patients from NHS Grampian, Highland, Orkney and Shetland and beyond.

“Over 500 treatment cycles take place each year and the team, which initially comprised only a doctor, a nurse, an embryologist and a secretary, now includes over 20 personnel, all committed to providing the best possible care for patients.

“All of us whether staff or patients have been touched in some way by our experiences in the Unit and all have memories of their time in the ARU.

“Such a significant milestone in the life and times of the people of the North East of Scotland deserves recognition and our scientific meeting is intended to mark the occasion.”