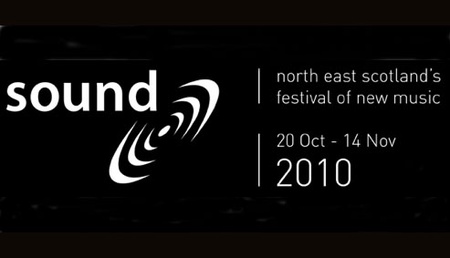 The University of Aberdeen’s thriving department of music will showcase the talents of both students and staff as the north-east’s premier music festival, sound, gets underway.

With more than 200 undergraduate students and double the staff it had 10 years ago, Music at Aberdeen is enjoying a renaissance at a time when many other universities are losing their departments.

Pete Stollery, Professor in Composition and Electroacoustic Music at the University, is one of the driving forces behind sound and one of the founders of the festival, now in its sixth year.

Offering more than 60 performances in over 20 venues across North East Scotland, sound opens today (Wednesday October 20) and runs until November 14.

Professor Stollery said the University’s involvement in sound includes the composition of original pieces by staff and students, as well as performances throughout the festival.

“sound has grown into one of the most important music events in the calendar and staff and students of the University of Aberdeen have played an important role in bringing about that success,” he added.

“The fact that the University is a major partner in the festival reflects the strength of musical talent in the department.”

Highlights of the university’s involvement in the sound festival include:

Further details of all sound events can be found at: http://www.sound-scotland.co.uk/