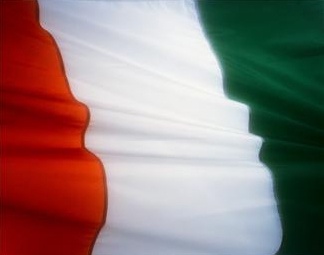 Irish migrants are being sought for a study into the impact of migration on Ireland over the last two decades.

The Celtic Tiger economic boom of the 1990s transformed Ireland from one of Europe's poorer countries into one of its wealthiest.

The period coincided with a surge in Irish emigrants returning home.

Those who migrated home during the 1990s and 2000s are being asked to share their experiences in the study which aims to build understanding of this episode in Ireland’s history, on which little is documented.

Their motivation to return, experiences and any obstacles faced on resettling, will be explored in the research which is being led by the Christina Noble from the University of Aberdeen’s Department of Geography.

Christina – who is originally from north-west Kerry and whose own family emigrated to and returned from America and England – said: “The aim of the research is to develop a clearer understanding of the social and cultural impact of migration on Ireland and its people over the last 20 years.

“Very little research has been conducted into people’s experience of migration within this period and the way in which it has shaped Ireland.

“By obtaining first person accounts from migrants, I hope to develop a much more powerful picture of what motivated people to return to Ireland at this time, and their experience on returning.

“My focus will be on speaking to migrants who returned to western Ireland – to areas including Galway, Clare, Limerick, Kerry and Cork.

"Interestingly many people did not return to the industrial centres of Dublin and Limerick but chose to establish themselves in more rural areas.

“This would suggest they were often returning to their birthplace or where their family were located, and were prioritising this in their decision to return over any economic factors.

“Their motivation to resettle will be just one of the factors I will explore in the study.

“I’ll also look at whether the Ireland they recalled from memory had changed in reality, impressions on their return and experience of fitting back into the local community.

“The study presents a significant opportunity for those who volunteer to take part in research which will develop a far clearer picture of people’s experience of this important period of Irish history.”