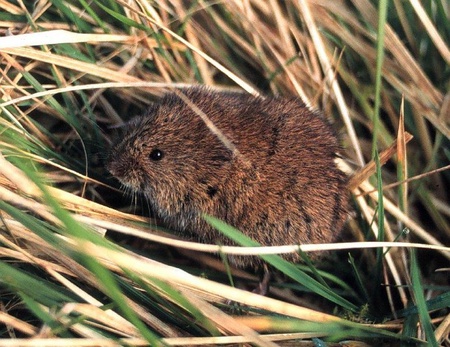 A study of voles has shed new clues on understanding infection in animals and humans, according to research published today (October 7) in Science.

The results could also help further our understanding of infection in people.

Scientists spent five years following and taking samples from voles in Northumberland, examining their different parasites and exploring how these parasites interact with each other.

Interactions between parasites in natural populations of animals have seldom been studied. In addition, other work has not followed individual animals through the course of their lives and has therefore been unable to pinpoint the time an animal acquires an infection and examine what factors influence infection risk.

Dr Sandra Telfer, Wellcome Fellow with the University’s Institute of Biological and Environmental Sciences, said: “We have collected a unique data set from field voles over five years where we examined microparasites, which include viruses and bacteria, and then looked at the relationships between them.

“We discovered that these interactions play more of a role in infection risk, than the effects more commonly considered in disease studies, such as the age or sex of the animal and the season the infection was acquired.

“This study highlights the dangers of the common practice of considering parasite species in isolation rather than looking at whole parasite communities.

“While our work examined voles, our findings also have relevance for human health.

“Like animals, most people are continuously being exposed to different parasite species, and this is especially true in the developing world. However many medical studies only consider one disease at a time.

“A well known example is HIV which has an adverse effect on a patient’s immune system, increasing their susceptibility to other infections. The high prevalence of HIV in Africa is thought to be driving an upsurge in the number of TB cases in Africa.

“Our work highlights that even parasites that induce few clinical signs of disease can affect susceptibility to other parasites, and vets and medics should consider what other infections an animal or individual may have when studying disease.”

Professor Xavier Lambin, Professor of Ecology and with the University’s Institute of Biological and Environmental Sciences, added “The insights we gained in this study illustrate the value of multi-disciplinary research involving empirical ecologists, veterinarians, epidemiologists and statisticians.

“It also shows the benefit of working with animals with a naturally short lifespan so as to rapidly obtain data over the entire life of individuals. This could not have been achieved with longer lived study species.”

The research, funded by NERC and the Wellcome Trust, also involved scientists now at the Universidad Nacional del Litoral in Argentina and the UK's Centre for Ecology & Hydrology.

Dr Sandra Telfer is in Madagascar but is available for interview on the phone – please note the 2 hour time difference. Call +261 324958834