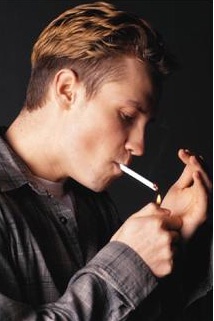 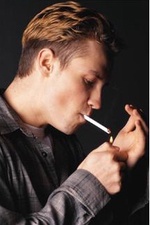 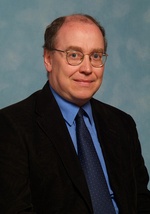 Young adults who smoke, drink and eat low levels of fruit and vegetables are at higher risk of contracting cancers of the mouth, oesophagus and larynx.

New research has revealed these factors remain the major triggers of the diseases which kill over 100,000 people across Europe and 10,000 in the UK alone, each year.

The study by experts from the University of Aberdeen aimed to understand what factors were important in these cancers among the under-50s.

The findings confirmed 88% of these cancers - known collectively as upper aerodigestive tract (UADT) cancers - in this age group, were caused by smoking tobacco, alcohol consumption and/or a lack of fruit and vegetables in a person’s diet.

The 5 year pan-Europe study looked at 350 patients under the age of 50 with these cancers, and 400 patients free of these diseases.

Professor of Epidemiology at the University of Aberdeen, Gary Macfarlane who led the study said: “Cancers of the upper aero-digestive tract are on the increase throughout the world and to date the increases have been greatest in young adults under the age of 50.

“For example, we have witnessed a doubling of oral cancer rates in 40-49 year old men in the UK over the last twenty years.”

“Our study aimed to determine whether smoking, alcohol consumption and low fruit and vegetable intake remained the most significant risk factors for UADT cancers in this age group, or whether other ‘novel’ factors including genetics and infection could be relatively more important.

“Our findings confirmed that smoking tobacco, heavy alcohol consumption and a lack of fruit and vegetable in a person’s diet remained the most important causes of cancers of the UADT.

“The increase in the occurrence of UADT cancers in this age group is likely to be linked to increased alcohol consumption and future studies will determine whether “binge” drinking carries a particularly high risk.”

The results of the study – which was funded by a European Union grant - indicate the public health message in preventing cancers of the UADT should remain the same for young and old alike.

Professor Macfarlane continued: “The results of our study further emphasise that the message we need to be communicating to the public remains the same – that smoking, drinking and diet are the major triggers of these diseases at all ages.”