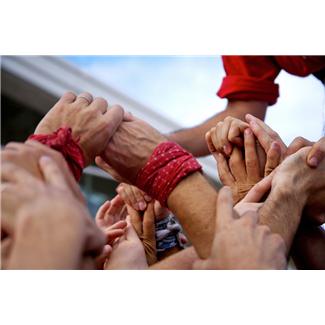 There are 800 million individual members of cooperatives worldwide including around 2.1 million in Scotland and the movement has been shown to withstand economic turbulence better than more conventional ways of working.

Scotland can lay a claim to the birth of the cooperative movement through the Fenwick Weavers of Ayrshire and the north-east, with its strong agricultural traditions, is home to its own thriving movement.

On Thursday (September 30) and Friday (October 1) the University of Aberdeen will host a conference that will bring together cooperative members from as far afield as the Basque region and Geneva to promote this enterprising way of working to students, business, and the wider community.

It is the flagship event of a £109,000 project funded by the Scottish Government and the Economic and Social Research Council which aims to address the lack of knowledge of democratic ethical enterprise among students and new graduates.

Among the speakers will be David Erdal, who has worked for over 20 years in transferring ownership of companies to their employees. As the chairman of Tullis Russell, the paper manufacturing company based in Fife, he designed and led their employee buyout, completed in 1994.

He said it is essential that the next generation of workers are aware of the potential of employee-owned businesses and cooperatives.

He said: “The reason why employee-owned companies do so well is that they that tend to be more successful economically than ordinary companies, more productive and the people working in them are generally happier.

“They also spread the wealth that they create more evenly through society which makes the whole local economy stronger because the money gets spent in the community rather than on luxury items.

“Data shows that over time employee-owned companies last longer than conventional companies and they get through recession better.

“The worker cooperatives of Mondragon, in the Basque region which are enormously successful, employ more than 100,000 people and are some of the biggest in Europe. During the 1981 recession, for example, they increased their employee numbers by seven per cent while jobs in the Basque economy as a whole fell by 25 per cent.”

The University of Aberdeen is leading the way in ensuring graduates better meet the needs of employers through its Curriculum Reform project, which has become a model for other universities to follow.

As part of that, the University has made a commitment that all students should be exposed to the spirit of enterprise and innovation, in the widest sense of the term.

The conference will get underway on Thursday September 30 with a series of workshops and will continue on Friday with debate and discussion on cooperation in practice and the future for cooperatives. It brings together guest speakers from academia as well as from businesses within the sector such as the Edinburgh Bicycle Cooperative.

Dr Elizabeth Macknight, who is leading the project at Aberdeen, said: “Scotland is proud of its democratic culture and record of innovation in which cooperatives play a role. Here in the north-east the cooperative sector makes a major contribution to the strong rural economy and underpins initiatives that are of benefit to communities.

“The University recognises that enterprise and entrepreneurship can take many different forms and we would welcome anyone who wants to share their views or learn more about cooperative working.”

Hugh Donnelly, director of the Co-operative Education Trust Scotland, said: “The UN estimates 800 million people are cooperative members, and arguably the first co-op was established in Scotland 250 years ago, yet the average Scot would struggle to recognise the business model beyond their local convenience store.

“We have been working to rectify that lack of knowledge in primary and secondary education. And hopefully today will start the process of awareness raising, on all things cooperative, in higher education.”

The conference is free and open to all and the programme is available at http://www.abdn.ac.uk/cets/events/340/. Anyone wishing to attend should contact Hugh Donnelly on hugh.donnelly@cets.coopor 0141 341 4931.

The conference is a joint initiative between the University and CETS arising out of the Knowledge Transfer Partnership. For the programme, speakers, and further details http://www.abdn.ac.uk/cets/events/340/

The conference is supported by the Scottish Programme for Entrepreneurship. The SPE is a trilateral initiative of the universities of Aberdeen, Edinburgh, and Strathclyde funded by and liaising closely with the Scottish Government. Working together, the partner universities are intent on securing an expansion of Scotland's capabilities in the research, teaching, promotion and practice of entrepreneurship at university level and to broaden the access to entrepreneurial education throughout the further education and school sectors in Scotland.