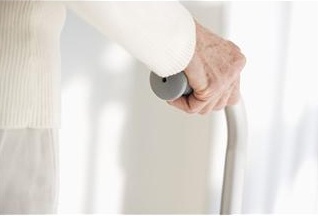 The Nintendo Wii Fit is an acceptable exercise for some older people who are prone to falling, according to an NHS Grampian and University of Aberdeen study.

The Wii Fit also has the potential to improve their balance although research to explore this further is required, says the findings published in BMC Research Notes.

Last year clinicians and researchers launched a British Geriatrics Society funded study to see if the Wii Fit was a feasible and acceptable exercise to the over 70s living in the community.

Fifteen volunteers - who lived in sheltered accommodation or in their own home in Aberdeen and who had fallen at least once in the preceding 12 months - were recruited onto the study.

Participants who attended weekly Wii sessions over a 12 week period at the city’s Woodend Hospital, stood on the Wii’s balance board and performed a range of Wii Fit exercises including jogging; ski slalom; ski jump, hula hoop and yoga.

A walking frame was placed in front of the balance board if the volunteer felt it necessary and the sessions were supervised by 2 members of the research team.

Dr Marie Williams, Specialist Registrar at Woodend Hospital, said: “Our study aimed to establish the feasibility and acceptability of the Wii-Fit within this age group and to see if it has the potential to improve balance.

“Our volunteers very much enjoyed using the Wii Fit and indeed found it acceptable. In fact 77% felt that other people in their position would take part in a similar exercise programme if it was more widely available.

“We found there was the potential to improve balance with an improvement in formal balance scores at four weeks.  This was not sustained at 12 weeks and more research is required to evaluate this properly.  Further research will enable us to determine whether the WiiFit could be used as a tool to improve balance in people who are prone to falls.

“Around 35% of people over 65 who live independently fall each year and this increases with age.  There are significant consequences on the population as a whole including the cost of acute treatment, both in the hospital and in the community on discharge, and the increased number of people in long term care.”

Dr Alison Jenkinson, Senior Lecturer in Biomedical Sciences at the University, supervised the University students involved in the study.

She added: “Improving understanding of the potential effectiveness of the Wii Fit as an exercise tool will  enable us to focus future study designs with a view to furthering the work we have started in an older population group.

“We also have plans to look at the Wii and Wii Fit in younger people as a means of increasing physical activity to tackle obesity.”