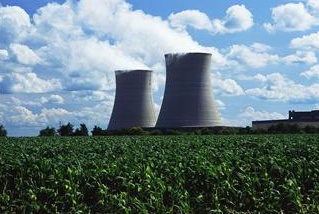 The reality of Scotland without nuclear power is to be debated at a free event in Aberdeen on Monday (October 11).

What the Scottish Government’s commitment to no-nuclear policies could mean for the future of the country’s energy supply, will be discussed by Dr Euan Mearns, Honorary Research Fellow at the University of Aberdeen and Editor of the blog, The Oil Drum.

In his talk Dr Mearns will look at controversy surrounding nuclear power, which currently represents over a third of Scotland’s energy supply.

He will posit that the Government’s target to generate 80 percent of Scotland's electricity from renewables by 2020 should be balanced against the reliability of nuclear power as a stable base load source.

Dr Mearns talk takes place at Satrosphere Science Centre and is part of the University of Aberdeen’s new Café Controversial series which provides a public forum for debate around contentious issues in science.

Dr Mearns said: “Scotland has a diverse electricity generating mix of coal, gas, nuclear, hydro and wind. Nuclear represents about 35% of the mix, providing stable base load 24 hours per day, 7 days per week.

“In forming an opinion about whether or not we want new nuclear power stations to be built and whether or not we raise objections to it, we must also weigh in the risks of what may happen to society if we have too little electricity.

“The Scottish Government has committed us to a nuclear-free future at a time when other countries are reversing their no-nuclear policies.

“Hunterston B power station in Ayrshire and Torness power station in East Lothian are scheduled to close in 2016 and 2023 respectively and will not be replaced, and the large coal fired plants at Cockenzie and Longannet are also scheduled for closure in 2015 and 2025.  These facilities account for 68% of our current generating capacity in Scotland making our future look dark and bleak should renewables fail to live up to their promise.

“The Scottish Government renewable energy targets are admirable and everything should be done to maximise useful renewable energy production. But at present, it is quite simply impossible to replace the 1.2 GW stable base load production from Torness with intermittent wind energy unless this is balanced against a generating plant that can be rapidly cycled, that is switched on and off to compensate for fluctuations in wind.

“Would we prefer this to nuclear plants that have an impeccable safety record? Tough choices lie ahead, and the decisions need to be made soon if the lights are to stay on.”

Following his talk, Dr Mearns will take questions from the audience.

Advance registration is not required for the event which is free to attend and open to all.

For more information on the event and for a full Café Controversial programme visit http://www.cafescienceaberdeen.co.uk/ .