Dementia research gets boost thanks to charity concert
24 September 2010 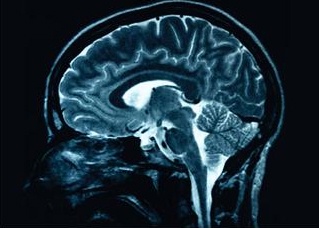 Faster and more detailed imaging of brain disorders will be on the way thanks to the efforts of a local charity.

Organisers of the Lord Provost’s Variety Show – a music, comedy and dance extravaganza at His Majesty's Theatre – are donating the proceeds of next month’s events to University of Aberdeen researchers.

And the money will fund equipment for use in the University’s Magnetic Resonance Imaging (MRI) scanner at Foresterhill.

Dr Alison Murray, Senior Lecturer in Radiology at the University, said: “We are delighted that the Lord Provost’s Variety Show is supporting us in this way.

“The money raised from the two concerts will allow us to buy a new piece of kit for the MRI scanner which will allow us to carry out more detailed and faster imaging as part of our research into dementia, brain tumours and other brain diseases.”

Professor Christian Schwarzbauer, who is currently setting up a new facility for coma research at the University, added: “This investment will also be highly beneficial for the diagnosis of brain function in coma and vegetative state patients.”

Scots star Elaine C Smith is headlining the bill at this year’s Lord Provost’s Variety Show, alongside Steve Robertson of Scotland the What? fame.

After the success of the inaugural Variety Show last year, this year’s show will run over two nights.

TAQA Bratani Limited (TAQA), the UK arm of the Abu Dhabi National Energy Company, is sponsoring the shows which get underway at 7.30pm on Friday, October 15 and Saturday, October 16.

The Lord Provost’s Variety Show is being directed by Craig Pike, while Doug Duthie is Master of Ceremonies for the evening.

The Lord Provost’s Charitable Trust is a fund independent of the City Council, which was set up for the millennium to support good causes of all kinds in Aberdeen.

About the Lord Provost’s Charitable Trust: