Scottish Parliament welcomes rebels with a cause
24 September 2010 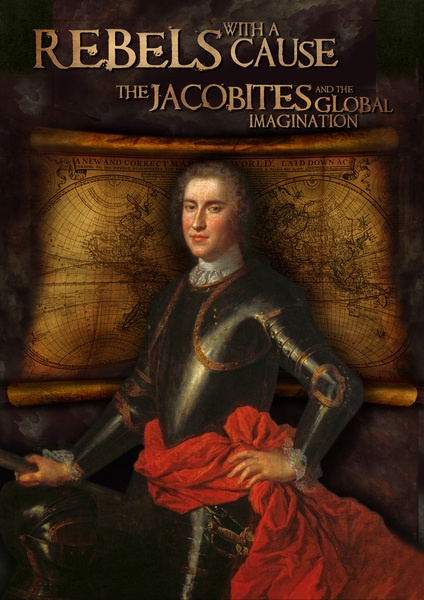 The Scottish Parliament announced today it will showcase a major new exhibition titled Rebels with a Cause: The Jacobites and the Global Imagination.

The fascinating exhibition explores and challenges traditional assumptions about the Jacobites and highlights the worldwide aspects of the Jacobite story.

It reveals how after their defeat, some fled to the exiled courts of Paris and Rome, while many others drew upon a network of kin and patronage to seek new opportunities in Baltic Europe, North America and India.

This free exhibition has been curated in partnership between the Scottish Parliament and the University of Aberdeen and draws upon rarely seen and internationally significant material from the University’s collection.

The exhibition also delves into the lives of figures such as Flora MacDonald and Hugh Mercer and highlights the enduring impact of the Jacobites on Scottish history, literature, culture, art and music.

Included are rare engravings, portraits and letters, a Jacobite recruitment slip and songbook, a letter written by Bonnie Prince Charlie while in exile, a first edition of Sir Walter Scott’s novel Waverley and a selection of 20th century Rob Roy comics.  One of the rarest artefacts is an ostrich egg carved with secret Jacobite symbols made in memory of the death of James VIII and III.

Rebels with a Causeruns from Wednesday October 27 to Saturday January 8, 2011.

Presiding Officer Alex Fergusson MSP said: “I am delighted the Scottish Parliament has this opportunity to work with the University of Aberdeen in developing and showcasing this prestigious exhibition which features some fascinating and rarely seen artefacts of great importance.”

“I hope that people will come and visit this exhibition to learn more about the Jacobites and the hugely significant role they played in Scots history.”

The exhibition will go on permanent display at the University of Aberdeen’s new library which opens next September.

Principal and Vice-Chancellor of University of Aberdeen, Professor Ian Diamond, said: “Aberdeen is the first University to partner with the Parliament in this way since devolution. We are thrilled that policy makers and audiences from around the world will be able to experience some of the richness of our fine collections in the impressive setting of Scotland’s parliament.”

A series of free talks by academics from the University of Aberdeen on various aspects of the exhibition will take place at the Scottish Parliament during October and November.

•           Rebels with a Cause introductory tours and talks on Wednesday 30 October, Wednesday 17 and Saturday 27 November.

•           The Sobieksi-Stuart Marriage and the Jacobite World on Wednesday 10 November discusses the legacies of the marriage between Polish princess Maria Clementina Sobieski and James Frances Edward Stuart, the Old Pretender.

•           Imaginary Architectures of the Jacobites and their Opponents is an illustrated talk on extraordinary architectural projects drawn by Jacobites in continental exile. The talk takes place on Wednesday 17 November.

•           What does Walter Scott mean to Scotland? on Wednesday 8 December  is hosted by journalist Magnus Linklater chairs a panel of experts as they discuss Scott’s legacy.

•           St Andrew’s Night Debate on Tuesday 30 November will be hosted by journalist Joan McAlpine and scholars from the University of Aberdeen, Alison Lumsden, Cairns Craig, Andrew Mackillop and John Morrison. They will debate - ‘Who were the winners and losers of the Jacobite cause?’

There will be a programme of Jacobite-themed events for families over the St Andrew’s weekend and the start of the Winter Festival. Visitors and families will have the opportunity to participate in a number of free events and activities whilst learning more about the Scottish Parliament from Friday 26 to Monday 29 November.  These events and activities include quizzes; tours; storytelling sessions; dressing-up; themed-food decoration; workshops and interactive games.

A teachers’ Continuing Professional Development (CPD) Day using the Rebels with a Cause exhibition, will be held on Wednesday 3 November at the parliament. The day is led both by staff from the Parliament’s Education Team and the University of Aberdeen. The day will also include a curatorial tour of the exhibition, a discussion with MSPs on the significance of the Jacobites to Scotland’s history and Scotland today, a tour of the Holyrood building and lunch.