Discover the chemistry of cocktails
23 September 2010 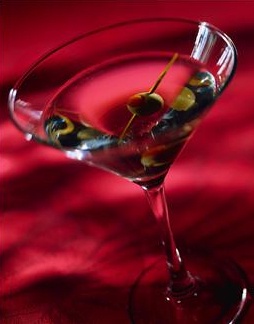 Ever wondered what the difference is if a martini is shaken, not stirred? Or pondered what would happen to your judgement if you were to literally put on a set of beer goggles?

These will be among the questions answered at a unique event in Aberdeen exploring the chemistry at work in cocktails, and the biology behind alcohol consumption.

Presented by TechFest-SetPoint, the University of Aberdeen Rowett Institute for Nutrition and Health, and NHS Grampian - Mixology: the science of cocktails –takes place at Tiger Tiger this evening (Thursday September 23), beginning at 7.30pm.

The event is part of Techfest In September, Aberdeen’s annual festival of Science, Technology, Engineering and Mathematics (STEM).

Expert bartenders will create a host of delectable drinks during the event, which aims to emphasise that science does not just take place in a laboratory but exists all around us.

Colin McFadyen, Festival Co-ordinator, Techfest In September said: “The evening is designed to showcase the way in which fascinating science is at work in so many aspects of our day to day lives, although we may not always be immediately aware.

“We’ll be taking a journey through the history of cocktail making, and looking at the chemistry which is at work in a cocktail glass – for example how the properties of different alcohols prevent them from mixing together to create a layered effect in a cocktail, or why spirits such as sambuca turn white when mixed with water.

“The affects of alcohol on the body will be demonstrated by Euan McCormack from NHS Grampian who will call on audience members to try their hand at driving a remote-controlled car whilst wearing specially designed ‘beer goggles’.

“Whilst Dr Sue Bird from the Rowett Institute for Nutrition and Health will demystify some of the common public perceptions on the health-related aspects of alcohol consumption including why women tend to get drunk more quickly than men and the truth behind the perception that alcohol contains ‘empty calories’.”

Mixology: the Science of Cocktailsis open to over 18’s only.

For more information on events taking place as part of Techfest In September — which runs until September 27 - visit www.techfestsetpoint.org.uk/tis   or follow TechFest In September on Facebook and Twitter.

• Through a programme of Science, Technology, Engineering and Mathematics (STEM) activities - of which TechFest In September is the main event – the aim is to engage, challenge, inform and inspire young people and encourage them to choose a career which utilises these skills.