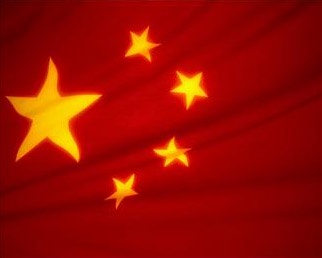 Principals and vice-principals from schools in China are visiting Aberdeen this week to learn more about the leadership skills of head teachers working in the city.

A 14-strong delegation from schools within the province of Guangdong, are taking part in an exchange programme jointly organised by the University of Aberdeen and the South China Normal University (SCNU).

The aim of their two week visit is to build understanding of leadership within the Scottish education system.

Learning more about the recent introduction of Curriculum for Excellence, and how schools have implemented the changes that have come about through this reform, is a main focus of their visit.

They are also taking part in seminar sessions hosted at the University, and involving representatives from Aberdeen City Council’s Education Department, outlining Curriculum for Excellence and the latest developments in the educational leadership process in Scotland.

“The aim of the exchange is to share knowledge about leadership skills within the Scottish education sector which is particularly pertinent at this time when Curriculum for Excellence is being implemented in schools across Scotland.

“The delegates from China have been visiting the eight Aberdeen schools involved in the programme, and seeing some excellent examples of school leadership as demonstrated by Head Teachers and their Deputes whilst at the same time witnessing Curriculum for Excellence in action in the classrooms.

“They have also been taking part in theory-based sessions at the University where they have been discovering more on the background to the educational leadership process in Scotland.

“We hope to complete the second part of the exchange within the next year – where head teachers and deputy head teachers from the Aberdeen schools involved in the programme will visit schools within the Guangdong Province to gain an insight into the Chinese education system.”

The exchange programme with Aberdeen is modelled on a similar programme operated between SCNU and Vanderbilt University in Nashville.

It is hoped that it may be possible to establish a three-way exchange between SCNUVanderbilt University and the University of Aberdeen in the future.

Professor Hong Wang from the Department of Educational Leadership and Administration, South China Normal University said: “Even though we have a different education system, we are facing the same challenge of providing a better future life for the young generation, so we are heading in the same direction.

“I hope we can learn from each other and share the wisdom with each other through the exchange programme.

“I am looking forward to receiving the principals from Scotland to visit schools in Guangzhou, China and South China Normal University.”

The University of Aberdeen and the City of Aberdeen will host a reception this evening (Tuesday September 21) welcoming the delegation to the Aberdeen, where they will be addressed by the Lord Provost of Aberdeen Peter Stephen.

On Friday (September 24) the delegates will receive acknowledgment from Professor Dominic Houlihan, Vice-Principal for Research and Commercialisation at the University of Aberdeen in a ceremony to mark their participation in the exchange programme.

The visit follows the signing of a framework agreement between the University and SCNU five years ago which aimed to improve the exchange of basic education between Scotland and China.

Professor Houlihan said: “The development of a strong partnership between the University of Aberdeen and South China Normal University has led to the creation of this unique exchange programme for head teachers from these two corners of the globe.

“The exchange provides the opportunity for knowledge about leadership and leadership qualities within primary and secondary education in Scotland and China to be exchanged first-hand.

“We look forward to continuing to build on this prosperous link with South China Normal University in the future and on the opportunities to share knowledge between China and Aberdeen which our partnership creates.”