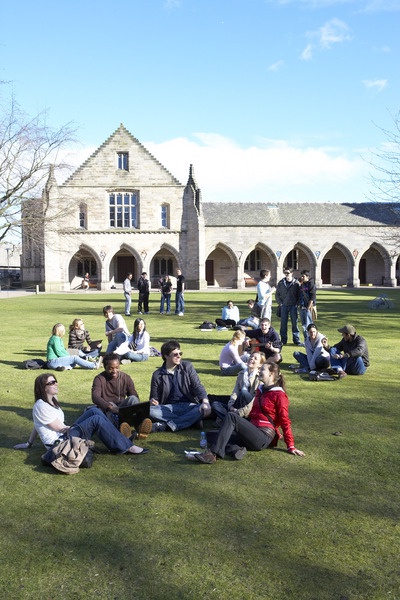 Pupils from across the north-east of Scotland will have the opportunity to learn more about the further education opportunities which await them on leaving school at an event this week.

Prestigious universities and institutions from across the UK will be represented at the annual Grampian Higher Education Convention hosted by the University of Aberdeen on Thursday September 16 and Friday September 17.

The event – designed to provide those considering higher education with essential background and advice - will be attended by secondary school pupils from across Grampian.

Mature students and parents are also encouraged to visit the convention which is the largest of its kind to be held in the region.

More than 30 top universities from Scotland, England, Wales and Northern Ireland will be represented at the event including the University of Aberdeen, Robert Gordon University, the University of Oxford and Imperial College London.

A team from Universities and Colleges Admissions Service (UCAS) will be on hand to provide crucial advice for those considering applying to university, whilst Skills Development Scotland advisers will be offering impartial and professional career information, advice and support over the course of the two day event.

Informal talks and question and answer sessions will take place on both days providing the chance to quiz professionals from the higher education sector on all aspects of entering the next stage of academia.

An evening session will also take place on Thursday (September 16) aimed specifically towards mature students and parents, offering vital information on the financial considerations of embarking on further education.

Rachel Sandison, Head of Student Recruitment and Admissions, University of Aberdeen said: “Aimed towards school pupils and mature students considering returning to education, the Grampian Higher Education Convention is a must for anyone considering taking that important step into academia, providing that chance to gain the vital information and advice they require.

“Bringing representatives from highly regarded institutes from throughout the UK together under one roof, the event is an entirely unique opportunity to review the range of degree programmes and courses available allowing prospective students to make an informed decision on their future education."