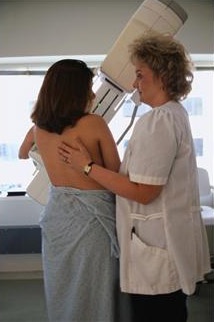 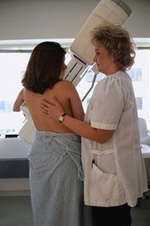 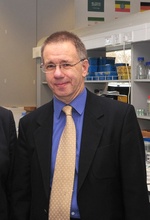 Aberdeen scientists have discovered a molecule in breast cancer cells which could help identify if a patient should undergo chemotherapy, and if so, which drug treatment will be most effective.

The breakthrough could lead to higher survival rates through more individualised treatment of the disease which affects 1 in 9 women in the UK.

Experts from the University of Aberdeen have shown a molecule found in breast cancer cells may actually protect these cells from being killed off in treatment.

Women found to have this molecule – called serpin B3 - could be treated with a more aggressive form of chemotherapy which could increase their chances of survival.

The findings are the result of a 12 month study of 250 women being treated for breast cancer in Aberdeen.

They will be announced by lead researcher in the study Dr Elaina Collie-Duguid at the British Breast Cancer Research Conference in Nottingham today (Wednesday September 15).

Dr Collie-Duguid said: “This is a major finding which could ultimately increase the survival rates from breast cancer by allowing identification of the type of chemotherapy which is likely to be most effective in individual patients.

“We have shown that patients who have the molecule serpin B3 present in their breast cancer cells have a very poor prognosis if treated with the standard anthracycline based regimens  This may be due to serpin B3 working as a protective barrier for the cancerous cells, preventing them from being killed off by these chemotherapy drugs.

“Testing for the presence of serpin B3 could result in patients found to have this cancer molecule being treated with the more aggressive of the most effective chemotherapy drugs – Taxanes.

“Although Taxanes have more severe side effects than other chemotherapy drugs, they are more likely to have a higher success rate in killing off the cancer cells in patients found to host this molecule.”

Scientists will now repeat the study on a larger group of breast cancer patients.

If confirmed, it is hoped their findings could be used in clinical practice within the next 2 years.

Professor Steve Heys, Cancer Research Programme Leader at the University of Aberdeen said: “Over 45 thousand women are diagnosed with breast cancer in the UK each year.

“The groundbreaking research being conducted into understanding the disease to personalise treatments, along with early diagnosis, is leading to increased survival rates.

“Our discovery opens up the possibility for much more targeted and tailored made treatment of breast cancer patients in the future by giving us the potential to predict if a patient needs chemotherapy, and understanding which type of drug treatment they will best respond to.

“We will now repeat the study on a larger series of patients to confirm our findings before commencing a clinical trial where the presence of the molecule in a patient’s breast cancer will be used to determine their treatment protocol.”

The research was conducted as part of a programme of work funded by local north-east charities - the Moonlight Prowl and Bling Fling - and the University of Aberdeen.