Public perceptions of nuclear power to be discussed
13 September 2010 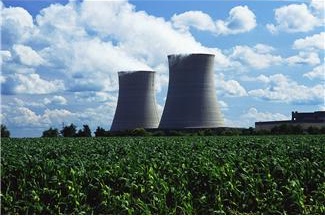 Public perception of the risks and benefits associated with nuclear power will be discussed at an event at the University of Aberdeen this week.

Shifts in attitudes and government policy around the issue over the last 10 years will be examined in a talk by Professor of Environmental Psychology from the University of Cardiff, Nick Pidgeon.

Professor Pidgeon is a leading expert on public perception of risk in areas including energy supply and climate change.

His talk - which takes place on Thursday September 16, at the University’s Fraser Noble Building beginning at 7.30pm – is the latest in the institution’s Energy Controversies lecture series and takes place as part of Techfest In September, Aberdeen’s annual festival of Science, Technology, Engineering and Mathematics (STEM).

Professor Pidgeon will examine public feeling around the risks, benefits and safety threats associated with nuclear power drawing upon his national survey work, as well as studies with communities living close by existing British nuclear stations.

Outlining evidence from a recent survey conducted by Cardiff University, he will show that the British public’s perception of nuclear power has become somewhat less negative in recent years. The talk will also present for the very first time results obtained from a Scottish sub-sample of this survey.

Whilst most people – 61% - agree that there are risks associated with nuclear power, this figure has fallen from 72% in 2005.

The study showed this shift was due in part to the reframing of nuclear power as a possible solution to climate change and as a reliable and secure supply of energy.

But the majority of people – 71% - would still prefer to see the promotion of and investment in renewable energy sources rather than nuclear power.

“What was evident is that whilst in general attitudes appear to be somewhat more positive when compared to findings in 2005, the majority of people are still concerned about nuclear power and public trust in the government and nuclear industry remains relatively low.

“These findings will be among evidence I will discuss highlighting the shift in the public’s perception of nuclear power which has taken place over the last decade. There will also be time during the event for the audience to feed in their own feelings around the nuclear power debate.”

Tickets to the event cost £5 for adults and £3.50 for children and concessions and can be purchased from Aberdeen Box Office by visiting www.boxofficeaberdeen.com/  or calling 01224 641122.