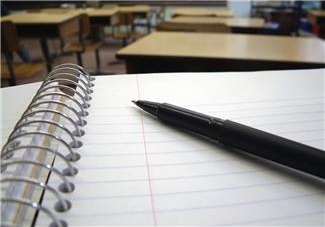 Aberdeen school pupils will be offered the opportunity to learn the art of creative writing from a host of acclaimed Scottish authors as a unique literary event celebrates its 10th anniversary today (September 10).

The Northern Writes Creative Writing Conference will see students and teachers attend two workshops at the University of Aberdeen run by six leading authors from a range of genres.

Now in its 10th year, the Conference is organised by Aberdeen City Library's Curriculum Resources and Information Service (CRIS) in conjunction with City English teachers.

It is sponsored by Aberdeen City Council and the Scottish Book Trust and for the third year is working in partnership with the University of Aberdeen and its popular Word Festival.

The event, which takes place at the University’s Kings College Conference Centre, is open to sixth year pupils from across the city studying Advanced Higher English.

It will be opened by Sue Bruce, Chief Executive of Aberdeen City Council and chaired by Steven Knox, Principal Teacher of English at St Machar Academy.

Mr Knox said: “This is the tenth year of this successful and enterprising event. It is a great chance for pupils to have a piece of their work published in a significant way with their peers across the city.”

It is hoped the conference will engage youngsters with the subject of creative writing, something which the University actively promotes through the successful Schools’ and Children’s Festivals which run as part of Word.

Professor Chris Gane, Head of the College of Arts and Social Sciences, University of Aberdeen, said: “The Northern Writes Creative Writing Conference is designed to provide school pupils from across Aberdeen with a unique opportunity to enhance and develop their creative writing skills. Recognising the importance of inspiring youngsters to get involved with literature, the event will offer the pupils the chance to take part in group workshops with a great selection of Scottish authors.

“A wide variety of genres and writing styles will be covered throughout the day’s events, which we are confident will inspire the pupils to put pen to paper and create some imaginative prose.

“We are delighted to be supporting the conference this year which further reflects the University’s commitment to creating opportunities to use the expertise within the institution to engage young minds with language and literature.”

A booklet of the works produced by the authors and school pupils involved in the conference will be published and distributed to participants by the Curriculum Resources and Information Service early next year.