Threat of nature to major cities across the globe, to be explored in free talk
10 September 2010 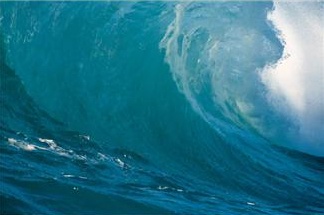 The significant threat natural forces pose to the future of some of the world’s major cities will come under the spotlight at a free event in Aberdeen tomorrow.

The destruction caused by earthquakes, floods, tsunamis and volcanic eruptions – and man’s inability to control these catastrophes – will be explored by Professor of Production Geoscience at the University of Aberdeen, Andrew Hurst.

In his talk – which takes tomorrow (Wednesday September 15) at Waterstone’s Union Bridge branch - Professor Hurst will explain how the geological foundations of cities including London, New Orleans, Tokyo, Las Vegas and Venice, is threatening their future sustainability.

He will also examine how gradual events, such as land subsidence, are capable of destroying cities, at the event which begins at 7pm.

Professor Hurst’s talk is the latest in the University’s Café Scientifique series, and takes place as part of Techfest In September, Aberdeen’s annual festival of Science, Technology, Engineering and Mathematics (STEM).

Professor Hurst said: “The global issue of climate change and how it may threaten life as we know it - and specifically the future viability of some cities – is now high in the public consciousness.

“Given the geological foundations of many major cities it seems reasonable to examine how the development and growth of these cities may compromise their sustainability in a future where the dynamics of the planet appear to be increasingly aligned against them.

“My talk will focus on cities which appear to be high on Nature’s ‘hit list’ and the geological processes that interest me in the context of these cities - those that can cause widespread destruction of life and infrastructure and threaten their continued existence, just like Hurricane Katrina did to New Orleans.

“These processes include: earthquakes, floods, tsunamis and volcanic eruptions but also  include more subtle events and processes such as land subsidence, depletion of water resources and, changes in sedimentation.”

Advance booking is not required for the event which is free to attend.

The full Café Scientifique programme of events can be found at: www.cafescienceaberdeen.co.uk/

For more information on events taking place as part of Techfest In September – which runs from September 10 – 27 - visit http://www.techfestsetpoint.org.uk/tis or follow TechFest In September on Facebook and Twitter.

Café Scientifique is sponsored by the University of Aberdeen and a Science and Society grant from the Scottish Government.