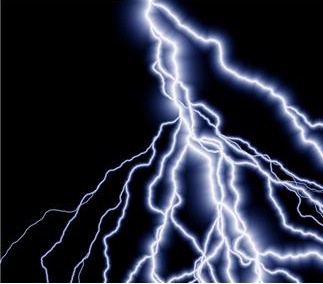 Ever wondered how the human body can endure a bed of nails or why planes can withstand even the severest of lightning storms without falling from the sky?

An electrifying science show taking place in Aberdeen next week will reveal answers to these, and many more intriguing questions.

Taking inspiration from the Victorian public science lectures of a bygone era, a team of scientists from the University of Aberdeen will use a host of grand scale demonstrations to explain some of science’s most weird and wonderful facts.

Dramatic experiments set to be performed at the event – which takes place on Tuesday September 14 at the Aberdeen Music Hall, beginning at 7pm – include:

The event – entitled Hall of Science – is this year’s British Science Association Music Hall lecture held in association with the University of Aberdeen and Aberdeen Performing Arts.

It is also part of Techfest In September, Aberdeen’s annual festival of Science, Technology, Engineering and Mathematics (STEM) which is supported by joint principal funders BP and Shell

Dr Skeldon said: “Public science lectures were highly popular in the Victorian era as a way to communicate science findings of the time to the public, and Aberdeen was no exception.

“However audiences in the north-east of Scotland gained a particularly fearsome reputation for being critical of the science they were witnessing.

“In one historical case study, leading Victorian science communicator George Combe commented that: “No man with the rank of gentleman would act as my assistant, through fear of ridicule". Considering the subject he was promoting was that of phrenology - identifying people's personality traits via the shape of their skull – it seems Aberdeen audiences were perhaps just more savvy than the rest of the UK!

“Our event will hark back to these grand scale public lectures providing the audience with an opportunity to witness spectacular scientific demonstrations, of a type rarely seen these days.

“We’ll use a variety of large scale props and experiments to look at fascinating aspects of science – including how our bodies can cope in some surprising situations, thanks to the laws of physics.

“There will be lots of opportunities for audience involvement and we look forward to what promises to be an electrifying evening of spectacular science.”

Tickets cost £3.50 for Adults and £2 for children and concessions, plus a 10% booking fee.

The annual British Science Association lecture was established in 2009 in association with Aberdeen Performing Arts to mark the 150th anniversary of the Aberdeen Music Hall.

The very first event held at the Music Hall, when it opened in 1859, was the British Science Festival - known then as the annual meeting of the British Association for the Advancement of Science.

The festival gathered scientific minds from across the world. The scientists were addressed by Prince Albert at the event.