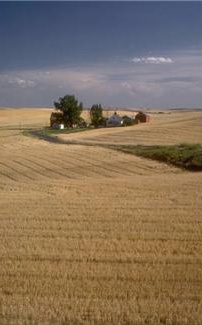 The global environmental crisis could be tackled by taking inspiration from the ancient hunter gatherers who populated Britain until 6000 years ago, according to a University of Aberdeen archaeologist.

Caroline Wickham-Jones suggests the energy challenges we face in the 21st century can be traced back to the introduction of farming around 4000BC, in her new book Fear of Farming.

She posits lessons could be learnt from the hunter gatherers who inhabited the UK before farming took hold.

Ms Wickham-Jones, a lecturer in Archaeology at the University, whose research focuses on the hunter gatherers who settled in Scotland at the end of the last Ice Age, will launch her book at the Orkney International Science Festival next Thursday (September 2).

She said: “The general perception is that the energy crisis is a contemporary issue.

“But in actuality it can be traced back some 6000 years ago to the radical change in lifestyle that took place on the introduction of farming to the UK, one of the results of which was to place a far greater emphasis on energy.

“Up until this time – and for some 300,000 years before that – hunter gathers populated the entire country. These people very much lived at one with the world around them and worked alongside its natural cycle.

“With the introduction of farming came a fundamental change in people’s relationship with the world. Rather than living with the land, they began to control and manage it.

“As farming developed so did technology and over time the need for better and better sources of energy to power this technology led to wider developments - from the hand drawn ards of prehistory and oxen led ploughs of the medieval period, to steam in the 18th century and then the emerging dominance of oil as a fuel in the 19th century.

“Today oil continues to play a dominate role in our lives from the obvious – providing fuel for our cars - to the less apparent part it plays in producing the majority of everyday items from food products to medicine.

“This is not an argument to say we should have remained as hunter gathers.  Farming was an inevitable step in human history and the development of society in Britain and it brought with it many positive changes including more control over our food supply, allowing the population to settle and develop into larger groups.

“But the dependence on energy which was sparked by this change marks the beginning of a trap, into which we are now well and truly caught, of using more and more energy.  Over the centuries this has culminated in the crisis we are now experiencing.”

In her book Ms Wickham-Jones suggests we should look at the way of life of the hunter gatherers and try to understand the magnitude of the change that came with the adoption of farming, for inspiration which could help address issues around fuel consumption and the way we live today.

She said: “An inherent trait of how hunter gathers lived was to be in harmony with the land.

“Some of their lifestyle choices still survive today – such as hunting, shooting and fishing - and others are beginning to resurface as we look for ways to tackle the global environmental crisis.

“Characteristics of hunter gatherers such as the harvesting of wild foods and the use of local herbs as medication are emerging as popular once more.

“The idea of being self-sufficient - of making do, mending and recycling - which was inherent to the life of a hunter gatherer is also gaining a new precedence in modern day living.

“Although many prehistoric hunter-gatherers did travel long distance this was before the development of modern technology so they generally lived their lives on a much more local scale. The benefits to the environment in terms of reducing our carbon footprint, which come hand-in-hand with sourcing produce and living more locally are widely recognised in the current climate.

“Essentially my book is not looking to provide answers as to how we tackle the present environmental crisis but I want to re-awaken interest in our hunter-gatherer past, and inspire a re-examination of  their lifestyle and the changes that they faced in order to help us get to the roots of the issues that concern us today.”

Fear of Farming is published by Oxbow Books and is available to order by visiting: www.oxbowbooks.com/bookinfo.cfm/ID/88290

Ms Wickham-Jones will give a talk entitled Farming from Ancient Times at the St Magnus Centre in Kirkwall at 5.15pm on Thursday September 2 as part of the Orkney International Science Festival.

Visit http://www.oisf.org/ for the full programme of events taking place as part of the festival.