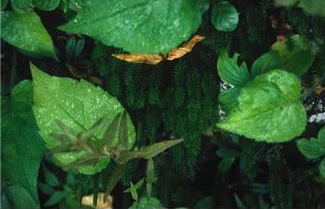 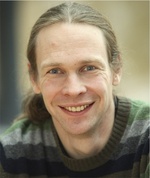 Aberdeen scientists are investigating how plants instinctively conserve enough energy to stay alive during the night.

It is hoped their research could pave the way for improved methods to optimise the production of crops in the future.

During daylight hours plants build up starch from the sun which they store in their leaves.

When darkness falls they use this starch as an energy resource to stay alive.

Scientists have understood for centuries that plants have internal clocks and know that these clocks allow them to anticipate when it will become light and dark.

But how plants know how much starch they have in storage and how long it needs to last to keep them alive before the sun comes up remains a mystery.

Academics from the University of Aberdeen are conducting new research to understand how this process takes place.

They are working collaboratively with six international partner institutions on the five year study which is funded by a grant of €5.8million from the European Union.

Dr Oliver Ebenhoeh from the University of Aberdeen’s Institute of Complex Systems and Mathematical Biology said: “Plants build up starch from the sun during daylight hours, and when darkness falls they use this starch as an energy resource, burning off their supply much in the same way as we would burn oil for energy, for example.

“It has been known for centuries that plants have an internal clock which allows them to know instinctively when night time will fall.

“What we don’t yet understand is the link between this clock and a plant’s metabolism.

“It is this connection that allows plants to know how much starch they have in storage when night time falls and to use this starch carefully to ensure they have enough energy to last over the hours of darkness.

“The study will use a common weed found across the northern hemisphere called the Thale Cress (Arabidopsis thaliana). This plant is used by botanists worldwide as it is particularly useful in genetic studies.

“Our aim is to develop a mathematical model to explain this precise and flexible regulation of energy storage and consumption and to understand the ‘signals’ which are being transmitted between the plant’s clock and its metabolism which enable this process.

“Our findings using the Thale Cress could then be applied to plants we eat.”

Scientists hope their research could have major implications for improvements in how crops are cultivated in the future.

Dr Ebenhoeh continued: “Plants are a fundamental part of the food chain but in the current climate the competition for land space for crop growth is fiercer than ever.

“This is due to a number of factors. The increase in our global population has gone hand-in-hand with a higher standard of living which has seen an increase in the amount of meat being consumed and therefore the amount of land being used to rear cattle and for crops for animal food.

“The situation becomes even more dramatic with the increase in plants being grown for use in bio fuels and the continued need to preserve areas for conservation purposes.

“Understanding how plants use their energy would potentially allow us to manipulate crop growth so that they are grown more efficiently and cultivation is optimised on the land which is being used for crop production.

“A more fundamental understanding of the process by which plants maintain themselves would also allow us to better understand where, and in which climates, we should be planting them in to optimise their growth.”